Gawker Media recently published the results of a poll, a sort of tournament really, that pitted 16 American cities against one another to determine which had the worst accent. The people who voted (people with way too much free time) ultimately selected the speech patterns in the Pittsburgh area to be the least pleasing to the ear.

Sorry, Gawker, but your poll was horribly flawed. Although the methodology was nonsense, what really effed it up was the fact that no city from Texas was listed. And for my money, the folks who pronounce “oil business” as “awl bidnis” are linguistic vandals of the worst kind.

Now, accents exist in every language, and the more widely spoken a language is, the greater opportunity for variation. Spanish, French and Portuguese have very distinct regional and class accents owing to imperial history and the vagaries of geography. Berlin’s German is distinct from Viennese German. And the kulturny Russian of St. Petersburg (the city where Leningrad used to be) is much different than the variety spoken in Bukhara or Brighton Beach.

Perhaps the smartest thing ever said about accents in the English language was George Bernard Shaw’s observation that “It is impossible for an Englishman to open his mouth without making some other Englishman hate or despise him.” Northerners dislike the namby-pamby accent of the Home Counties around London, who, in turn, dislike both the Northern and West Country versions of English. Working-class kids despise those who talk posh, and the posh kids, well, they either look down on the Cockneys, Scousers and Brummies or, like Mick Jagger, adopt those accents to annoy Mummy and Daddy, who look down on them. The Scots, the Welsh and the Irish all have their own accents, of course, and with them come their own tribalisms.

We Americans are more flexible in our approach to accents. The hatred takes a second or two to bubble to the surface. Southie Boston is hated in the Bronx and Brooklyn (“Besten secks cawk” is a T-shirt that sells well by Yankee Stadium and the Barclays Center where the Nets play basketball). And we tend to have accents that vary more by regional origin than by class. Many of my relatives who live in North Dakota do sound like cast members of the film “Fargo.” They are aware of their accents and are mildly embarrassed by them (indeed, good manners in that part of the country demand that you are mildly embarrassed most of the time for something), but if you say they sound Canadian, there’s gonna be trouble.

As a general rule, though, the thicker accents tend to belong to what was once called the working class (before the Republicans shipped all those jobs to China, making these people the unemployed class). Race enters into it, as it does in every other facet of American life, with black and Latino speakers “talking white” at the office and loosening up at home. The hatred of “ebonics” has less to do with the actual dialect, in my opinion, than it does with pure racism.

But ultimately, we tend to associate certain traits with various regional accents. The Californian accent (yeah, there is one, kinda twangy once you know what to listen for) gives off a relaxed vibe, which detractors will call “airheadedness.” Noo Yawk has an accent that screams “get the hell out of my way” to most people, but fuhgeddaboudit, ya know? The Deep South has an accent that many Yankees believe is a sign of impaired mental acuity, but experience has taught me that many of those people speak slowly because they are busy thinking.

Indeed, I am amazed that Southerners can read because their accent is so far removed from written English. When you are just learning to read, the teacher always advises you to sound out the words. But in Southern, the words don’t sound out. “Store” is pronounced “Stow” or “Stoah” – so, what’s with the silent “R”? Try reading William Faulkner and you’ll see what I mean.

Like any other kind of beauty contest, the accent sweepstakes are subjective. That doesn’t excuse Gawker from leaving out a Texas accent, and so, I will rectify that. For my money, nothing is more cacophonous than oil-patch Texan. It hurts to listen to it. Take the sentence, “Houston is a big town and an important center of the oil business.” Writing it out in Texan, you’d get “Yewstin is a beg tah-un an’ an importin sinner a da awl bidnis.” They actually refer to a writing implement as an “ink pen” to distinguish it from a straight or safety pin because the vowels are pronounced the same. And “Tom” is not only a man’s name, it’s also what a clock measures. “How come [never “why”] y’all ain’t on tom?”

Growing up in Colorado, I was exposed to new-money Texans (as opposed to no-money Coloradans) every time there was an oil boom. Naturally, there were jokes. “Why can’t Texans water ski? Can’t find a steep enough lake.” I am certain that standing in a ski-lift line behind someone with $2,000 worth of equipment and no clue how to ride the lift has colored my impression of the accent.

Besides, what a person says should matter more than how she says it. On the other hand, I am surrounded by people who pronounce “Houston” as “Howston.” After 25 years in New York, it still gives me that fingernail-on-chalkboard feeling. 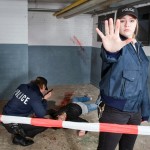 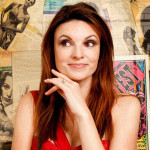