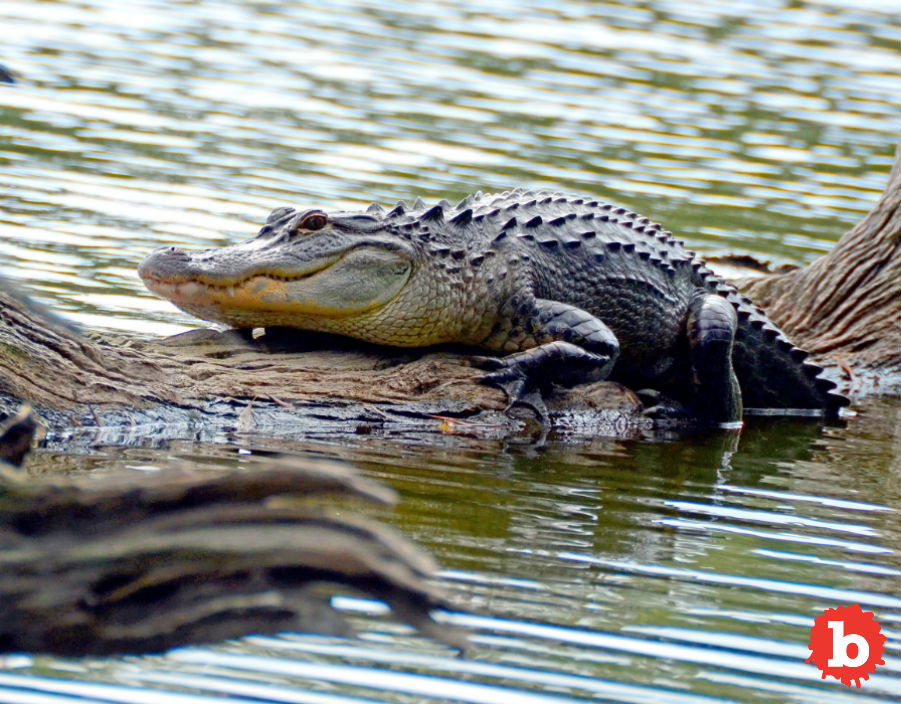 So as a New Yorker who grew up NOT traveling to Florida every winter season (and winter is coming) I was one of those who used to joke about how great it would be to be transient in Florida.  And I know, totally inappropriate.  But I was growing up.  But beyond all the obvious truths about how it’s never great to be transient anywhere, here’s a really good local reason it’s never great to be without a home and the like in Florida specifically.  And that reason is GATORS.  A homeless Florida woman took a late lake swim a couple days ago.  That was a mistake.  A massive gator attacked her.  Gator attacks keep happening all the time in the sunshine state.

This happened last Wednesday.  One 24-year-old woman, Felicitie Gillette, went swimming Wednesday night in Lake Hernando, which is in Citrus County.  At about an hour after pumpkin time, an alligator grabbed her left arm and tried to take her under to drown, kill and eat her.  But Felicitie wasn’t going down easy.  Somehow, she escaped the gator, made it to shore and called 911.  And yes, it is normal for homeless people to have cell phones.  Authorities and medics arrived at the scene and took her to the hospital.  Fortunately, the homeless Florida woman had non life threatening injuries and doctors released her.  So much for any more late lake swim  nights.

OFFICIALS ON THE HUNT FOR GATOR, JUST DAYS AFTER KILLING BIGGER MONSTER

Wildlife officials are still trying to find this gator.  They believe it is about 5 or 6 feet long.  I’d say this lady was pretty damn lucky.  Wouldn’t you?  The Florida Wildlife Commission has warned the public, again, that gators are found in most of Florida’s aquatic areas from time to time.

This includes all 67 counties of the state.  So visitors be warned (AGAIN).  Gators will kill you if they get a chance.  A woman on vacation from South Carolina was staying at her vacation home on Hilton Head just days before this latest attack.  She tried to defend her dog from an 8-foot gator which killed her.

Beware your step.  It’s not like that scene with Rutger Hauer in Blind Fury.  And no, i am obviously not going to reference Hobo With a Shotgun.  I’d feel bad for the gator.  Even if the gator attacks Rutger Hobo.