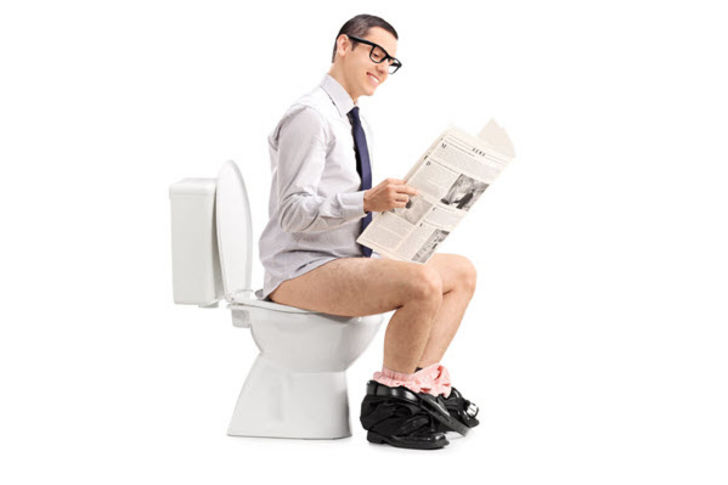 Conserving water and producing energy are some of the most important issues environmentalists, international policymakers, political activists and world leaders are dealing with today. Ensuring that we have enough fresh, clean water to go around, as well as practical sources of future energy, is paramount to managing human life on the planet. With rapidly increasing populations competing over scarce resources, that’s not always a simple task. One way we can begin to ease our energy and water burdens on Mother Earth is through exploring, and promoting, ecologically viable toilet technology.

Toilets, especially the massive water-wasting porcelain thrones North Americans perch their sizable bottoms on these days, are the perfect place to start conserving precious water resources. As icky and sticky as it might sound, toilet technology can also harness the power of biological waste and create alternative sources of energy.

Iota has come up with a very clever design for a compact folding toilet. Not only does this toilet save space, it also reduces water waste. It uses less than half of the water a standard toilet needs to flush. And oddly enough, it’s actually kind of cute. With its rimless design, sliding hinge mechanism and nylon roller, this prototype toilet tucks neatly into a corner — which makes it looks like a giant porcelain snail, nestled up against the wall.

If you want to go behind mere water-saving potential, how about taking the waste you created from last night’s deep-dish pepperoni pizza — or that vegan stir-fry — and turning it into energy?

Delft University of Technology, in the Netherlands, has come up with a method for doing just that. The core concept rests in harvesting poop from specialized community toilets (yes, I know how disgusting that sounds), transporting it to a plasma gasification plant, and then generating hydrogen from the fecal matter. In turn, the hydrogen would be stored in fuel cells for current and future use. Clean water, valuable phosphates and cheap energy could be produced and reclaimed from “Mississippi mud,” without flushing anything back into the natural waterways.

For those of you more interested in the power of pee, the National University of Singapore has got you covered. Researchers there, and elsewhere, have developed urine diversion toilets that do just what the descriptive name implies. Once the golden stream (not to be confused with The Golden Horde) has been separated from the solid waste, the feces is burned in order to generate heat. The heat then causes the urine to evaporate and separate out into water and fertilizing materials, like nitrogen and potassium.

The Swedish have already been experimenting with urine diversion toilet systems for some time now. As water and other resources diminish globally, you might get the chance to experience this alternative toilet technology for yourself as well.

The Bill and Melinda Gates Foundation has been a big promoter and sponsor of ecologically viable toilet innovation over the years. In the past, the foundation has put on competitions and fairs with its “Reinvent the Toilet Challenge,” throwing a sizable chunk of change at a topic as unglamorous as biological waste.

Self-contained solar power toilets and urinals that drive “electrochemical treatment processes” in order to disinfect and repurpose waste products could very well be the innovation that brings us back from the brink of calamity. This type or waste recycling, and other smartly applied uses of “green” technology, can potentially help reduce disease infection rates due to contaminated water, limit dehydration, and improve poor crop yields from depleted soil.

And so, the next time someone tells you that he or she “doesn’t give a crap” about technological innovation, or the environment, you might want to suggest a change of stance. The apathetic soul in question really should give a crap — and then take that crap, recycle it, and turn it into something useful for society, and the planet as a whole.