Wait, a fungus blood infection? So I’ve never done any kind of psychotropic drugs.  Well, besides watching various news programs, if briefly.  But I have quite a large numbers of friends who have.  Though I must say not recently, as far as I know.  But we’re not talking about the ever increasingly legal marijuana.  We’re talking about drugs that change not only how you feel, but how you see and think.  In other words, your foundational experience of reality.  And as psychotropics go, magic mushrooms, a fungus, seem pretty approachable, especially comparing them to LSD.  But one man tried something new.  He made magic mushroom tea and then injected it into himself.  Oops doesn’t cover what happened.  Magic mushrooms started growing in his blood.  That’s right, a fungus blood infection!

Read More: Want to Know Why Your Feet Smell Like Wet Death In the Sun?

MUSHROOMS ARE A FUNGUS, AND IN YOUR BLOOD, MAGIC MUSHROOMS WILL GROW AND KILL YOU

So here’s what you have to remember.  Magic mushrooms are, indeed, mushrooms.  They are a fungus.  Fungi are tough, and can survive a lot.  Even being made into a tea!  And for one 30-year-old man very familiar with Opioid and other drug use, this was a major error.  Soon after injecting himself with magic mushroom tea, he felt awful.  We’re talking he got lethargic, and jaundice, diarrhea, nausea.  He was even vomiting blood!  As you might guess, it had something to do with his fungus blood infection.  So if you think those symptoms sound pretty serious, that’s because they were.

So a few days later, the man went to an emergency room.  He was barely in time!  Many of his internal organs were failing.  You know, like his lungs and kidneys?  Tests confirmed he had a fungal blood infection as well as a bacterial infection.  The mushroom tea turned him into a soon-to-be magic mushroom fungus himself.  So doctors were able to intervene and gave him both antifungal drugs and powerful antibiotics.  But fortunately for this fool, he is now out of the hospital, after being there 22 days.  Now, I’d hate to be the one to make that call to my health insurance. 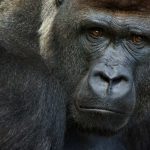