BECAUSE THE NAME WAS TOO FUNNY, AUSTRIAN VILLAGES GETS NEW NAME: FUGGING

So fuck it.  I’m just gonna dive right into this directly.  There are a lot people who love the classic, oddly weird names of the places they live in.  Sometimes, it’s just a street or a region.  But when it’s your town’s name, it could be a little awkward.  While that’s not the case here, or there, this Austrian town had to change their name to Fugging.  So if you have already guessed what the village’s name was before, good for you.  For the innocents out there, I laud you.  Well, not really.  But the old name for a long time was, of course, Fucking.

NO FUGGING JOKE, VILLAGE GOT TIRED OF PEOPLE STEALING OWN SIGNS

So right now, Fucking is still a place you can visit.  But the clock is ticking.  In fact, Fucking will be a thing of the past as we ring in the New Year.  I mean, the village with the name of Fucking will be a thing of the past.  Whew!  Fugging will officially exist on January 1st.  But really, the village of Fucking’s residents loved the old name.  Why wouldn’t they?  Fucking isn’t even a word in German.  But they got really sick and tired of people who do speak English who were stealing signs with the town’s name on them.  “You are now entering the Village of Fucking” would look amazing on a dorm wall, amirite?

SO COME THE NEW YEAR, WE CAN ALL TAKE A FUGGING HIKE IN AUSTRIA

Or, even better, Fucking, 12 km away.  But the Fucking decision won’t impact some other towns with weird names just yet.  In Germany, there is a mountain town with the name Wank.  As I’ve actually been to Germany, I love hearing there’s a place they call Wank.  But I do feel they missed an opportunity there.  I mean, come on.  It could have been Bad Wank, which would rock.  So anyways, not that you can travel safely right now anyway.  But Fucking soon to be Fugging is in Germany, north of Salzburg and near the Austrian border with Germany.  Meanwhile, set your future sights on visits to Titz, Germany, or even Big Beaver, Pennsylvania. 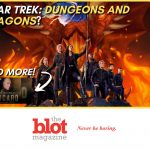 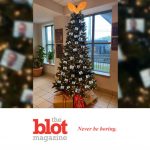