It’s been a cold and miserable winter in the Northeast, and for a great many families, that means the board games got a great deal of wear and tear (OK, the Xbox did, but I need a lead in for this article, so indulge me). Yahtzee has its fans, and Risk appeals to would-be conquerors, but nothing fills up a snowy evening and nothing brings out the worst in your nearest and dearest quite the way Monopoly does.

Monopoly got its start during the Depression when no one was buying property or had any money, so obviously, it was an escapist hit. The original version, and the most familiar in America, was based on the streets of Atlantic City, N.J. The game has global reach, though, and Hasbro, the game’s manufacturer, lists literally hundreds of versions on a website.

There are versions for various sports teams (e.g., New York Yankees), video-game versions (e.g., “Sonic the Hedgehog”), and movie and TV versions (e.g., “James Bond” and “The Walking Dead”). When I was a student a great many years ago in London, my flatmates and I spent more than a few hours playing a version that used that city’s streets and railways (the pubs shut at 11 in those days, so what did you expect?). And inevitably, Jimmy would say, “Would it be great if this was all real money?” (Everyone has a friend like that.)

Well, now those wishes are coming true — provided you are a purchaser of a special, limited-edition French version of Monopoly. To celebrate the 80th anniversary of the game’s introduction to France, 80 games will be produced that will have real money in them.

There is just one major jackpot, one game that will have every bank note in it issued by the European Central Bank. Buy that one, and you will pocket 20,580 euros, less whatever the game’s normal retail price sets you back.

Now, you would think that this would be easy enough, but this is France we’re talking about here. As that great Frenchman Charles de Gaulle himself said, “How can anyone govern a nation that has two hundred and forty-six different kinds of cheese?” Sneaking real money into game sets was not easy.

“First of all, it wasn’t easy to get the notes,” Florence Gaillard, brand manager at Hasbro France, explained. “They had to be escorted discreetly” to the packaging facility in the small town of Creutzwald in eastern France. Once they had sneaked the money in, they had a local bailiff come into count and re-count the money so everything was correct.

Then, Hasbro discovered a small problem. The real notes make the box bulge a bit. If you were looking for the game with all the real money, it would be slightly misshapen relative to the other boxes in the store. Hasbro has resolved that, but they aren’t saying how. On the plus side, real euro notes don’t weigh appreciably more, so without a precision scale, you won’t spot the lucky boxes that way — and who goes game shopping in France with a precision scale?

Sadly, it is only the money that is real, and then, only in a few boxes out of the 500,000 Hasbro will sell in France this year. My old flatmate Jimmy never dreamed big enough. Yes, what if the money were real, but consider if the properties were real as well.

I don’t know about you, but even with Atlantic City in the crappy shape it’s in these days, $400 for the Boardwalk there is a good deal. 400 euro for the Champs-Elysees is an even better bargain.

And that brings me to the Greek version of the game. Perhaps the government in Athens can settle the country’s debt in this way. It would certainly be more entertaining and less painful than what they’re going through now. 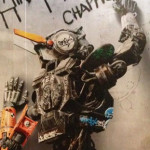 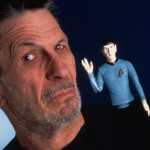