I am an educated gay man

With so much prejudice in the world against people of color or sexual differences, reading some great books could help regain one’s conscience. Reading can do many things to the mind as well as the body. It can relax you, make you ponder about the world, make you laugh with glee because you know that the writer is dead on the money, or, even, make your mind explode with internal monologues about what you’ve just read. There are many books out there that people don’t know about that will, quite literally, blow your mind, even if it does nothing more than put a smile on your face, only to have you thinking about it later. These books, will blow your mind, subtly, or not.

What’s really important to you? Do you really want to be invisible, especially in these trying times where the government could snatch you up and use you to fight wars? In this young adult novel, Bobbie, a Chicago native, wakes up one morning to discover that he’s invisible. Sure, there are many other books that have tackled this same topic and have even made a series out of this premise, but what Andrew does is he takes this concept and he humanizes it. How would you live if you couldn’t go to any public events or even schools? How would you work? How much fun would it be if you were a minor and you had people worried about you, thinking you were dead, and the people you love just might face jail time because you’re missing? Andrew takes a science fiction trope and wraps it up in a series of human perceptions that outline this situation. Even though the book isn’t life changing, it will leave your mind wondering.

When people say that they have the right to live it isn’t given another thought. that’s the end of discussion for some folks. They have the right to live and that’s that. In this book, however, people don’t have the right. Parents can unwind their minors. Their body parts are placed on other kids in need. Even though this book doesn’t present facts to blow your mind, the depth lies in the subtle questions Neal presents throughout the narrative. Such as, the question of unwinding and religion. Does a person truly have freedom when their religion dictates they are to be disassembled when they turn a certain age? It’s young adult but the themes in this book are not for kids by any means. It questions people and asks them how much strength would you really have in this situation. Facts don’t pepper these pages, but insights do. It makes you place yourself in the story without even realizing it. In fact, it’s even made me have a few interesting dinner conversations.

In this book, Kenny, another gay man describes his life growing up with an alcoholic mother and an older father whom his mother accused of pedophilia and abuse. It Discusses his itinerant childhood as custody was switched from parent to parent, the few friendships he developed in school, and the realization of his sexuality. There’s a lot of things that ring true for this book as any other book in this genre. It’s a memoir. It’s a debut novel so be cautious. I’m here to tell you that you shouldn’t be cautious. In fact you should be racing to pick this book up because of the way he tells his story. It is with love and determination. The prose is a declarative punch. The writing alone will make your brain quiver with admiration and appeal because it is clear just how much the family loved one another even if they were all abused by life in any ways. Kenny gives us a glimpse into a new kind of storytelling that will clash with popular memoir writing styles, to cake the book in flashy metaphors and prose. It is a new kind of storytelling that wont just clutch onto your membrane but will leave you reading the book again and again who knows, you may start to see people in a different light after reading this book.

When someone says that memory isn’t important I thrust this book into their hands. The what if scenario will definitely spark, not only interesting diary entries, but nifty breakfast chatter as well. There’s nothing deep or trying about the book. In fact, that’s where this strength lies. The book holds a fascinating scenario in the palm of your hand. The story alone will leave you glad that you keep a diary and or a blog. There are not any mind bending notions in here but sometimes, all the little asides can make for something that will tickle your mind, even years later. In fact, just learning about the story alone will make you go, “hmm!” Jonas lives in a utopia: there is no hunger, no disease, no fear; the elderly are tenderly cared for, and every child has attentive parents. The society is uniformly run. Jonas eagerly awaits the Ceremony of Twelve, when twelve-year-old receive assignments for their lifelong professions. He is selected to be the new Receiver of Memories. As such he learns of misery and pain, but also of joy and love. 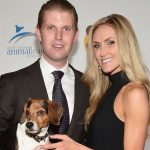 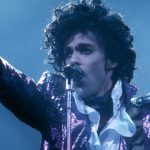