Leland Yee, the former California state senator who was suspended after federal investigators accused him of accepting bribes from undercover agents, entered a guilty plea in court Wednesday to one charge of racketeering.

Yee was indicted last year along with more than two dozen other people stemming from a multi-year FBI investigation into alleged firearms trafficking in which federal investigators accused the former state senator of not only conspiring to help illegally import weapons from the Philippines but also accepting tens of thousands of dollars in bribes in exchange for promises to influence legislation.

The firearms charge against Lee came as a shock to those who best knew him as an outspoken state lawmaker who sought to restrict the sale of automatic weapons and assault rifles in California.

Under the plea deal entered Wednesday, Yee escaped the serious firearms-related charges in exchange for a guilty plea to the lesser charges of racketeering. As part of the indictment last year, federal investigators claimed they had audiotaped conversations in which Lee can be heard accepting a proposal of cash for his support of certain legislation.

When asked by the judge on Wednesday if he was guilty of the charge, Yee clearly affirmed. Neither Yee or his attorney spoke to the press when they left the federal courthouse in San Francisco after the hearing. His sentencing is scheduled for Oct. 21 where he faces a possible 20-year prison sentence and a $250,000 fine.

The guilty plea is one of the final steps in a criminal case that led to the spectacular downfall of a much-respected state senator. Before the indictment against him was unsealed in March 2014, Yee had been running for the office of California’s secretary of state. He was forced to withdraw from the race after he was charged and arrested (Yee placed third in the race after 300,000 Californians voted for him anyway).

Yee was charged with a host of other political heavyweights, including Keith Jackson, a San Francisco-based political consultant. Also charged under the indictment was Raymond “Shrimp Boy” Chow, a Chinatown gangster with a lengthy criminal history. According to the original indictment, Jackson at times served as a go-between man for Chow and Yee.

Last June, Yee’s defense attorney had hinted that the federal government’s investigation into the state senator and others had been a kind of dragnet in which agents attempted to entrap as many high-profile people as possible. According to Yee’s attorney James Brosnahan, federal agents had their sights set on former San Francisco 49ers quarterback Joe Montana.

In an interview with the San Francisco Chronicle, Brosnahan accused federal investigators of trying to make a business arrangement with Montana regarding a hotel development near the newly minted 49ers football stadium in Santa Clara, a community about an hour away from San Francisco.

“In a sting, they have real reason to believe someone is committing a crime,” Brosnahan told the newspaper. “But here, they fanned out all over California to see who would talk to them about anything.”

Brosnahan said he was not aware if agents wore a wire during the meeting with Montana the way they had during their meetings with his client. Although the meetings apparently drew little interest from the football icon, Brosnahan said the meeting was proof that federal investigators were targeting anyone who might be willing to break the law.

“Who decided to take Joe to lunch and cast a cloud on Northern California’s greatest sports hero?” Brosnahan asked. “Nobody was exercising any judgment about the scope of this thing.”

Attorneys for Yee and the others indicted have also pointed to the mess the government created for the court by charging more than two dozen defendants under a single indictment ranging from minor accusations to more-serious allegations. An updated version of the federal indictment against Yee, Jackson, Chow and others contained 230 criminal charges related to the FBI’s multi-year investigation. 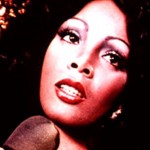 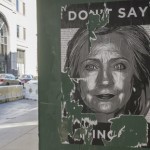