It sounds like a bad and early Irish joke for St. Patrick’s Day, but it is actually the sad and unvarnished truth. As I write this, it is legal in Ireland to possess and use crystal meth, ecstasy, Psilocybin mushrooms and a ton of other drugs. It remains illegal to sell, supply, import and export them, however. And it all came about by accident.

Earlier this week, Ireland’s Court of Appeals decided that the certain sections of the 1977 Misuse of Drugs violated the Irish constitution owing to a legal technicality. According to The Irish Times, “The court said earlier that Section 2(2) of the 1977 Misuse of Drugs Act, under which the regulation was brought in, was unconstitutional because it purports to vest in the Government law-making powers which are in the exclusive authority of the Oireachtas.”

That last word isn’t my keyboard acting up. Oireachtas is the Irish term for both chambers of its legislature (the lower house is the Dail and the upper the Seanad or Senate). The Government here is the term for the executive in a parliamentary democracy. In American terms, this would be like the Department of Health and Human Services taking on powers that should constitutionally be exercised by Congress.

The specific power was putting a drug on the banned list. Drugs that were banned in the original 1977 Act remain illegal (marijuana, heroin and cocaine, for instance) because the Oireachtas specifically said they were. Drugs added to the naughty list since then were not added by the Oireachtas but by the Ministry of Health, a bureaucratic rather than legislative move. As a result, they were put on the list improperly.

Minister for Health Leo Varadkar is hurrying legislation through the Oireachtas as quick as the system allows to get those now-legal drugs back in the forbidden zone. “My objective as Minister for Health is to protect public health and that’s why we are going to bring this emergency legislation to ban possession of these substances,” he said, adding, “They all have very significant health risks that outweigh any perceived recreational benefits.”

Of course, the Government could still appeal to the Supreme Court, and it may do so to clear up the constitutional confusion. “This judgment will be carefully examined by my department with a view to considering its implications and what future amendments to legislation may be required,’’ Varadkar said. But as the minister also said, doing nothing until then wasn’t really a good idea. Emergency legislation, though, is — specifically the Misuse of Drugs (Amendment) Bill 2015.

He has also said that he will introduce a new bill later on that gives the Government the authority to prohibit drugs as has been the (unconstitutional) practice. The truth is that any regime of prohibition must work this way if it is to have a hope in hell of working at all — the chemists are so much faster at building new molecules than legislators are at making them illegal.

There is, however, one new substance that won’t be under prohibition in Ireland, but it ought to be. I am speaking of the new product from Guinness — “Guinness Blonde American Lager.” Brewed in Latrobe, Pa., it targets the American market, and therefore, would have to be imported into Ireland for now.

Why should it be banned? Because if it really is an “American Lager,” it will be the same tasteless crap that you get when you buy a Budweiser, Miller Genuine Draft, Coors or Pabst Blue Ribbon. The fact that it is brewed where Rolling Rock is doesn’t help.

Here’s a St. Paddy’s joke. “Why is American beer like making love in a canoe? Both are fucking close to water.” 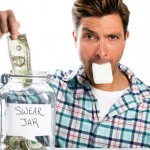 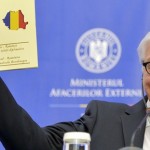