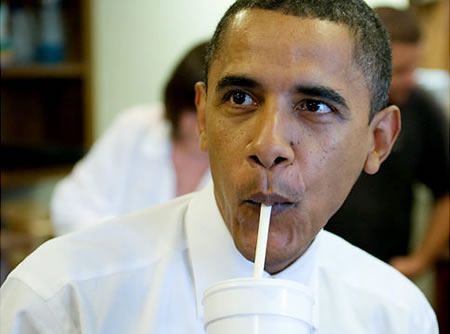 Joshua Black, a member of Florida’s House of Representatives called for President Obama to be hung, because why not. I mean, you know, this is 1930 still, apparently. Nuts!

Joshua Black took to his Twitter account on Martin Luther King Day to say some weird, convoluted shit about wanting to kill the president. Good job, Joshua. Now that I’ve typed in the words “kill the president” I’m going to be on some sort of NSA list and what I was trying to do was report on your dumb ass. Life is hard.

Read more: Enough government abuse of power? Learn how to fight back

Anyway, so Joshua Black (who is himself black, adding a whole other layer of weird racial stuff to the mix) retweeted a dude who wanted to hang Obama and added “agreed.” That original person linked to a site called Commieblaster.com, which is basically the funniest site in the world if you’re of the mind to think that there is an entire website dedicated to “blasting commies.” Anyway. So then another local Floridian politician called him out on it.

And it escalated from there…

So, to recap, two adult men pecked away at their cell phones, one of whom had threatened the president in public, and they exchanged barbs and got feisty with each other, and lo, it was good. And now I’m reporting on it. Joshua Black’s Twitter only has 660 followers and LORDDD knows that this is only giving him more attention. That’s sorta how the media works. The currency is attention and you’re either bankrupt or totally loaded. Politics is basically Hollywood for ugly people and Joshua Black is today’s Courtney Stodden, an attention-slorin’ wannabe busy staring out of the bedroom of their studio apartment in North Hollywood, listening to an emotional Mariah Carey ballad and clutching their hollow dream of fame for fame’s sake to their chests like pearls of societal indifference.

Joshua’s campaign website is a testament to the human ability to deny and is full of such choice quotes as “Republicans have a serious communication problem. Everything we say sounds like spears” and “Good choice, mom” because, you know, keyboards and everything.

What did we learn today? Don’t threaten to kill the president on your Twitter account. Especially if you are a really low-level local politician. Good job there, Josh.