Mosquitos totally suck.  Literally.  And as it’s the summer season, you know exactly what I’m talking about.  Well, if you don’t live in an arid location, that is.  But mosquitos are all over the world, especially wet places like Florida.  Just think of all those wetlands!  Florida has a LOT of mosquitos and they are a problem.  So what to do?  Well, Florida plans to release 750 million mosquitos into the wild to combat the problem.  Sounds strange, right?  Well, there is a method to this madness.  And yes, this does involve genetic engineering.

So this plan could have a negative impact on local ecosystems.  But we won’t really know until Florida’s plan is actually realized.  So what’s the plan?  The plan is to release 750 million genetically engineered mosquitos into the wild in 2021 and 2022.  The mosquitos that are a major problem are the breed Aedes aegypti.  This particular breed delivers several diseases like yellow fever, Zika, dengue, chikungunya as well at several others I’ve never heard of.  Those can cause serious illness and death for a lot of people.

TEXAS TO TRY THE SAME PROGRAM NEXT YEAR, NO WORD IF THE NUMBER ALSO 750 MILLION

So the Florida Keys Mosquito Control District will release 750 million mosquitos who they engineered.  The artificial breed has the name OX5034.  Their females larva will die before they ever become adults and bite anyone, giving them any horrid malady.  So will this work?  We’re sure to find out.  But authorities are so confident that there is also a plan to do the same in Texas in 2021.  Field tests have proved to be successes in the Cayman Islands, Panama, Malaysia and Brazil since 2017.  But others caution that hybrids that result from these releases could create a new species of mosquito that we can’t kill with insecticides.  And that would be BAD.  But we’ll find out, one way or another. 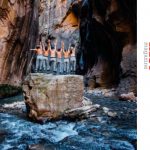 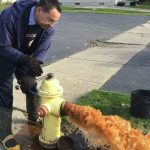