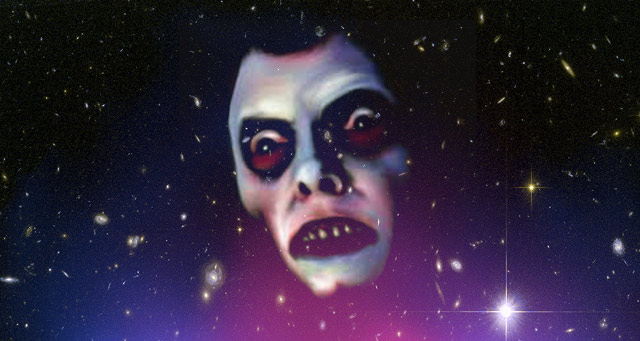 In the Midwest, most houses are built with basements, a practice I am lobbying my congressmen to end. Because I happen to be good at circulating petitions among my many Facebook friends—my most recent being a petition to kill, skin, and make toilet seat covers out of that asshole lion-hunting dentist from Minnesota—I have little doubt that my new anti-basement demand will be successful, and that the next generation of home owners will not have to suffer the tortures of basement-owning—torturing having been, not coincidentally, basements’ original function. During the Middle Ages, European nobility fitted under their castles the prototypes of our modern lower-level workout rooms: weights on chests, bone-stretchers, body hangers, ropes, pulleys, low-calorie diets, grunts, groans, rodents, reptiles, and insects the size of Catherine the Great’s horse.

So, without a crumpet crumb of knowledge of the history of these sewage-seeping torture chambers, middle-class Americans stupidly continue to build and buy houses with these odious oubliettes. Without a bleat of protest, we march lamblike to subterranean slaughter.

What good are basements, anyhow? It is a constant home improvement project that seems to endlessly cost money. So you can lose all your family photos the next time your sump pump comes down with a case of Mr. Grumpy Pants? So the National Center for Disease Control can collect specimens of the latest mutated mold, algae, bacteria, and viruses that are girding their loins to wipe out humanity? So the National Zoo can send in wild-animal tamers to trap previously unknown species of Paleozoic arachnids, Precambrian mud fish, and monoplacophoran mollusks? So you can electrocute yourself the next time you mosey down to check a circuit breaker and realize a breath too late that you’ve stepped into just enough water to unwind your small intestines? Or perhaps we run into ghosts? So every three years you have to shell out $15,000 to have some Mexican fellas dig up your foundation and fill your cracks with the exact same mascara that Lopez Asphalt Systems LLC uses to finger-paint your driveway?

Yet we keep at it. Why? OK, so your cat likes to wander around the crawlspace looking for chipmunks. Cute, sure, but compared to a lifetime of antidepressants?

Which brings me to my ex-wife.

We built our first house with an unfinished basement. We didn’t have a lot to store in those early days, so I would gaze around at the dank, dark, morbid cave and think (not knowing that it wouldn’t add a penny to its resale value) how great it would be to, as Henry III said to his chief enforcer, Willard the Anguish, about the castle’s subterranean hell hole, “turn it into something useful.” My idea was that as soon as we could qualify for a home-equity loan, hoping that would be before our white dwarf sun becomes a red giant sun, we would finish the area with a workout space, a cozy reading room, a dry sauna, and a poker room, complete with a new, spoor-free poker table, large-screen TV for viewing Danish movies, and a buffet table for deli cold cuts—the poker-room aspect of which my bride said, “F… you.”

What she was referring to was the fact that she would see me in flames before she’d have my poker pals step foot in our subdivision, let alone our house, believing—not unreasonably—that Ben Schwartz would eat our cats.

Because my ex’s family, grim-faced Aryans with the collective personality of measles, believed they were descended from a super-race of Germanic geniuses, including Wagner, Goethe, and the guy who invented beer, and further believing that the high points of human achievement were Heinz Ketchup and Christmas ornaments made out of dried schupfnudels and jägerschnitzels, what she had in mind instead for our basement was a full-functioning Munich bierstube, complete with ornate bar counter, fully stocked wine/beer cellar, a wall of Bavarian beer steins, a stuffed and mounted antelope head, a live accordion player, and cousin Gert serving lager in lederhosen. My wife wanted to create a space in which her relatives would feel welcomed and appreciated, and in which they could, in a comfortable setting, conspire once again to exterminate you-know-who.

Her other point was that since I was such a selfish bastard, leaving her alone in the Caribbean while I selfish-bastardishly returned home after only two weeks to, of all things, work for a living; that, further, since we had once taken a cruise on which I had forced her to occupy a cabin with a shower instead of a bathtub; and that, further yet, since I once had the unmitigated gall to suggest that her seven pairs of designer eyeglass frames might be a tad overdoing it; that, therefore, in view of the fact that our married life was, apparently, our living my dream, not hers, I should shove my poker room up my selfish-bastard achterwerks, and if she wanted her brauhaus, she freaking well intended to have it. “Try getting a loan with your own signature, blintz boy.”

Well, you might (reasonably) wonder, why couldn’t we have a fully functional German brau hall with a fold-away poker table and flat-screen TV that wouldn’t take too much usable space from the stein shelves and lederhosen cabinet? I will tell you why. Because that would have entailed what is known as a “marital compromise,” which, if you know anything about the German mentally, is the functional equivalent of Eva telling Adolf that, sure, she’ll swallow the poison, providing that first he put the Luger to his head and pull the trigger.

So, in her Teutonic version of “splitting the difference,” Lilly got her cousin Frank, a so-called contractor, to give us a “round estimate” on building out our basement to resemble Brauhaus Schmitz. When it came to estimates, my ex was a woman who didn’t believe in exact quotes, let alone more than one. At least not while her Jewish husband still had his state-funded pension.

But then, guess what? Illinois went bust. However those ghosts hanging around in the basement will stay.

So, you see, the silver lining might just be slime on your concrete walls. 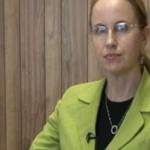