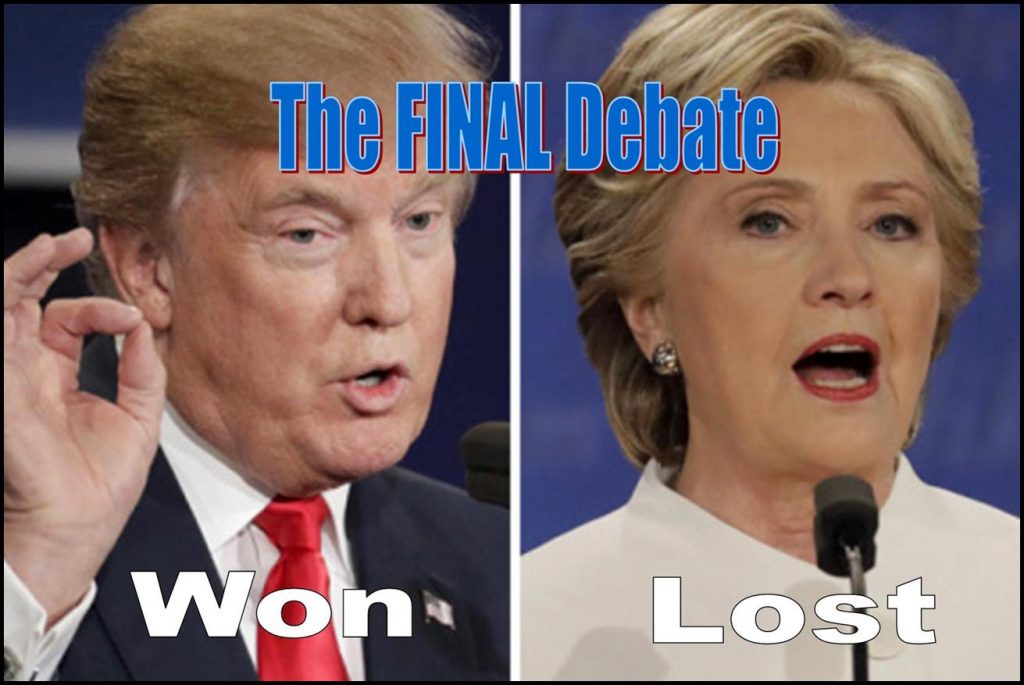 The final presidential debate is finally over. TheBlot Magazine analyzed which people, topics and tweets were resonating with influencers the most. During the debate, influencers tweeted 5.8 percent more than they did during the second debate last Monday, and 7.7 percent less than they did during the first debate last month. The top tweet for DC influencers was a Frank Luntz tweet (below) showing the impact of Hillary Clinton talking about Donald Trump’s refusal to say he will support the election results.

The five tweets below were retweeted by the DC Influencer Index more than any other tweets surrounding the debate. The most popular tweet overall during the debate was a 2013 tweet where Donald Trump asked “Do you think Putin will be going to The Miss Universe Pageant in November in Moscow – if so, will he become my new best friend?” This tweet did not register as a top tweet for DC influencers. The ones that were retweeted the most are:

1. Frank Luntz: “Voters want the candidates to support the election results. No excuses. Hillary did. Trump did not. #Debate”

2. Yair Rosenberg: Obama’s Kenyan half-brother wants to abolish Israel and backs Hamas, which advocates Jewish genocide. Trump is bringing him to the debate.

3. Senator Lindsey Graham: My thoughts on a ‘rigged’ presidential election.

4. Republican strategist Stuart Stevens: Can’t tell you how many like emails I’ve received from reporters. Reporters like to talk to those involved in their beat. It’s…reporting.

The five hashtags below were included in Influencer Index posts than any other hashtags. The numbers next to each hashtag reflect the percent of overall influencer posts that included it.

1. #debatenight (5.59 percent): The primary hashtag for the debate, #debatenight was used by major news networks, the candidates themselves and surrogates. Twitter set it up with a branded emoji. Many influencers do not include debate hashtags in their tweets.

2. #debate (5.31 percent): Twitter used the same branded emoji across multiple hashtags, this was another mainstream hashtag used by a number of news outlets and surrogates alike throughout the debate.

3. #debates (0.84 percent): Another hashtag in the same grouping, #debates was used much less frequently by influencers.

4. #debates2016 (0.80 percent): The #debates2016 hashtag was used sparingly throughout the debate by the Influencer Index, in comparison to other debate hashtags.

5. #ImWithHer (0.34 percent): The only candidate-specific hashtag in the top five, #ImWithHer serves as an evergreen rallying cry for Hillary Clinton’s supporters.

The top words used by influencers are included in a word cloud below. Aside from the names of Trump, Clinton and Wallace, and trending hashtags, top topics among influencers included:

1) Trump’s refusal to say whether he would respect election results, with words like “rigged”, “accept” and “results” all being among the most tweeted;

2) The candidates discussing treatment of women; and

These were similar to Twitter’s overall most tweeted moments of

2) Trump refuses to say if he will accept election results; and

3) Conversation about Russia and nuclear weapons. 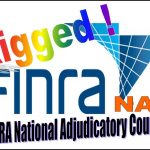 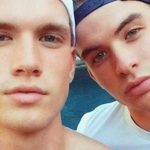