Gird your loins, ladies of America. The eagle has landed. By eagle, we mean Christian Grey (Jamie Dornan), the young mogul with a penchant for punishment. He’s taken flesh in the upcoming “Fifty Shades of Grey” film.

To drag it out as much as possible, the film recently had a huge release of its trailer, which comes complete with a slow jam, rappier version of Beyonce’s “Crazy in Love.” The buzz is almost unbearable as the entire Internet swoons for a film whose premise the world may not be ready for. The “Twilight” for the slightly older, slightly kinkier set is finally coming to a theater near you. But will people be ready for it?

It’s unclear whether the success of E.L. James’ self-published erotica novel is a sign of expanding world views and sex positivity or the end of literature. An avid fan-fiction writer, James’ “Twilight” stories slowly morphed into a self-published novel that made her a millionaire. A plain girl, Anastasia, meets elusive magnate and fetishist, Christian. Their budding interest gives way to dominant/submissive relationship. The book went from self-published for Kindles to one of the fastest-selling paperbacks of all time. It spawned a trilogy that could make this film a new fetish franchise. It may not have done much for the way of prose, but it did take bondage out of the dungeon and into everyone’s coffee klatch and book club.

This trailer feels less like a love story and more like a prequel to “Sleeping with the Enemy.” The haunting music and general sense of mystery makes the consensual relationship seem much creepier. The goal of the trailer is to tease the naughty bits, but it’s edited like a suspense film. It’s a couple of dubstep notes away from being a horror-movie preview. It doesn’t convey much romance or chemistry as much as awkward puttering and forceful sex. It’s also not totally clear why super sexy Dornan is wooing wilted flower and low self-esteem survivor Anastasia (Dakota Johnson).

The press response has focused on the general awkwardness and social retardation of the two leads in interviews. Despite not trying to rehash “Twilight,” this movie feels very similar. It’s anxiously awaited by rabid fans and cast two general unknowns. Johnson, daughter of Don Johnson and Melanie Griffith, seems painfully awkward in interviews. It may be because the lion’s share of questions are about the sex scenes in the movie. She hasn’t reached Kristen Stewart levels of lip biting and hair noticing, but she definitely feels on the Autism spectrum. Dornan is painfully sexy as models go, but he’s losing in the press to Charlie Hunnam of “Sons of Anarchy,” the original choice for the lead. It seems Hunnam’s getting as much buzz as Dornan, and he’s not in the movie.

The only stand-out winner of this whole trailer episode is Beyonce. As usual, she’s found a way to shake a few more coins out of fans. A slowed-down version of “Crazy in Love” has become the film’s anthem. But honestly, aren’t there better mixes of that song on the Interwebs by German DJs or YouTubers that set it to clips from “Fatal Attraction?”

It will be tough to escape “Fifty Shades of Grey” until it premieres on Valentine’s Day next year, but only time will tell if it becomes a revolutionary breakout hit or an epic fail. 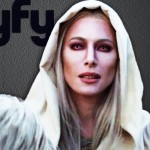