The governing body of world soccer said on Monday it will investigate reports that several journalists working for the BBC spent several days in jail after being arrested by Qatari authorities two weeks ago.

The BBC’s Middle East correspondent Mark Lobel, a cameraman, translator and driver were detained by Qatari authorities for allegedly trespassing onto private property while filming working conditions of migrants in the country, according to authorities there. The crew spent two days in jail before being released without charge, The Guardian reported. The journalists had been invited into the country by the Qatari government to film the housing development built for construction workers hired to erect stadiums for the upcoming 2022 World Cup games.

The invitation came in response to multiple media reports asserting migrants had been exposed to “slave-like conditions” while working in Qatar. A Guardian report found that migrants from throughout Africa and Asia — including India, Nepal and Sri Lanka — were being forced to work grueling construction jobs with little to no pay. Sometimes, workers were subjected to back-breaking labor without a paycheck for as long as a year, the Guardian said.

In 2013, the secretary general of the International Trade Union Confederation compared working in Qatar to that of a “slave state” and said as many as 4,000 migrant workers could die in the oil-rich country if labor laws were not reformed there.

Qatar’s invitation to the BBC was supposed to be a public-relations move meant to showcase improved working conditions of migrant laborers. Instead, the BBC team claimed they were harassed and followed during their time in the country. The climax came last week when Lobel and his team were en route to film a group of Nepalese workers at a housing complex outside the Qatari capital of Doha.

“We were on a quiet stretch of road in the capital, Doha, on our way to film a group of workers from Nepal,” Lobel wrote in an article for the BBC News website. “Suddenly, eight white cars surrounded our vehicle and directed us on to a side road at speed. A dozen security officers frisked us in the street, shouting at us when we tried to talk. They took away our equipment and hard drives and drove us to their headquarters.”

When they arrived at the headquarters, Lobel said the four men were interrogated separately by police. “Their questioning was hostile,” he wrote. “We were never accused of anything directly, instead they asked over and over what we had done and who we had met.” Lobel said he later learned that their detention “was being dealt with as a matter of national security.” One officer showed the journalist several photographs of his team taken by a private investigator who had been following the BBC crew since the moment they arrived in Qatar.

The next morning, the four men were booked into an area jail. Two days later, they were released without charge. Qatari officials claim journalists from various news outlets were given “free rein to interview whomever they chose and to roam unaccompanied in the labor villages,” but that the BBC crew “decided to do their own site visits and interviews leading up to the planned tour.”

“In doing so, they trespassed onto private property, which is against the law in Qatar just as it is in most countries,” a government statement said.

A statement released a short time later by the BBC said the organization was grateful its journalists had been released, but criticized the Qatari government for detaining them in the first place.

“Their presence in Qatar was no secret and they were engaged in a perfectly proper piece of journalism,” the statement said. “The Qatari authorities have made a series of conflicting allegations to justify the detention, all of which the team rejects. We are pressing the Qatari authorities for a full explanation and for the return of the confiscated equipment.”

Though the detention happened two weeks ago, the news organization waited to publish details of the arrests until a travel ban had been lifted.

“Why does Qatar welcome members of the international media while at the same time imprisoning them?” Lobel questioned.

It is a question that soccer’s world governing body would also like an answer to. In a statement, FIFA criticized “any instance relating to an apparent restriction of press freedom” and said the matter would be “looked into with the seriousness it deserves.” 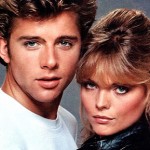 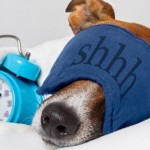