A former Ferguson, Mo., city official who lost her job over racist e-mails last month compared her firing to “being raped and being thrown under the bus.”

Mary Ann Twitty was one of three Ferguson staffers to lose their jobs after a scathing Department of Justice (DOJ) report made public the existence of numerous racially tinged e-mails distributed among city officials. Those e-mails included disparaging jokes about President Obama and remarks about citizens in Ferguson. The suburb of St. Louis has a predominantly black population.

In a television interview with CBS affiliate KMOV on Tuesday, Twitty said the e-mails were meant only as a joke.

“I don’t want people to look at me and say, she sent those racist jokes out because she’s racist or biased,” Twitty said. “I am not.”

Twitty, who was the first city official to lose her job after the DOJ’s report, was also said to have dismissed traffic tickets and other fines for her colleagues and friends. In one such instance, a family friend reportedly e-mailed a copy of a traffic ticket to Twitty, who “magically” made the ticket “disappear,” according to an e-mail cited by the DOJ.

Twitty served as Ferguson’s city court clerk for nearly two decades before she was fired. During her time, she was credited with boosting city revenue by setting fines, KMOV reported. The DOJ criticized Twitty’s revenue scheme as unfairly targeting community members, mostly blacks, with excessive fines.

In her KMOV interview, Twitty rejected the DOJ’s findings, saying she “set no fines, I just abided by them.”

The DOJ’s report followed a lengthy civil rights investigation prompted by the shooting death of an unarmed black man by a white police officer last August. The report did not find the officer, 28-year-old Darren Wilson, to have committed a civil rights offense.

Last November, a grand jury cleared Wilson of any wrongdoing in connection with the shooting death of the man, 18-year-old Michael Brown Jr.

The shooting prompted a wave of anti-police brutality protests in Ferguson and across the nation. 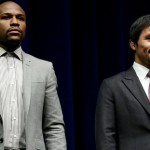 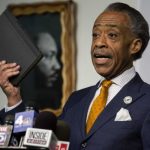