Feminism is the scourge of society, at least according to some twisted sisters out there. The latest personal affront to us binders of women came in the form of “tips” as presented by Sylvia Ann Hewlett, author of “Executive Presence: The Missing Link Between Merit and Success” and “Princeton Mom” Susan Patton, author of “Marry Smart.” I’m referring to a segment on Fox News’ “Fox & Friends.” You know, Fox — the TV station known for its high regard for women.

Hewlett places little importance on a woman’s mind. It’s all about wearing the right clothes. “Well-cut jeans with a colorful top,” she said with her frozen over-Botoxed eyebrows. When co-host Steve Doocy pointed out that jeans are not necessarily proper work attire, Hewlett shot back, “Here’s the thing, Steve, you need to fit in with flair.” That’s when co-host Brian Kilmeade chirped, “That’s a woman using her assets.”

That’s when I threw up in my mouth.

In her book Hewlett wrote, “I realized I didn’t need to be brilliant in interviews, I merely needed to not stick out like a sore thumb.” Ahem, aside from using an exhausted cliché, the message to women is: “Don’t worry your pretty little head about being smart, just wear the right clothing.” And notice the blank stare on Barbie-doll co-host, Anna Kooiman throughout much of this discussion. When she did speak, it was to say, “We women are too good at getting the facts right. We aren’t as good [as men] at faking it till you make it.” Did she really say that? Oy vey, yes. Shoot me now.

Do you know how hard women fought — and are still fighting — to be respected for our brains, not our perky breasts? How many times have we heard about Hillary Rodham Clinton’s hair or what she’s wearing while the clothes worn by male politicians aren’t critiqued? And Rodham Clinton is referred to as a bitch whenever she says anything passionately. Sadly, the world is so used to this pervasive belittling of women that we barely notice it.

Don’t even get me started on “Princeton Mom” Patton. I’m embarrassed that she and I are the same gender. According to her, feminism is an “overcorrection,” a trip to the dark side. Her book promotes spending 75 percent of our time in college looking for a husband. Patton says that once you hit 30, chances are you’ll end up an ol’ spinster aunt talking to your cats.

Ladies, isn’t it bad enough we have to put up with Tea Party men and Hobby Lobby and anti-abortionists and ignorance? Women, if you’re not pro-women, keep your big, fat trap shut.

Let me remind you of some important stats. As for focusing 75 percent of your time in college trying to land a husband, keep in mind that not only is Patton divorced, but so are 50 percent of those who married. And, if you’re anything like me, the guys you picked in your early 20s were not, I repeat NOT, the guys to marry.

As for Patton’s advice to run like Edith Bunker to Archie with a drink and slippers, keep this in mind: Women make up 47 percent of the U.S. work force. The average full-time working woman makes $669 as compared to men’s $824. We also do more of the housework and much more of the childcare. Check this out from ThinkProgress.org:

“What fathers do during hours spent with their children is spend more time on pleasurable activities. Mothers spend two and a half times more hours tending to physical needs and about two times more on managerial and educational activities. Fathers spend nearly the same amount of time playing with their kids, perhaps the most enjoyable part of being with a child.”

In closing, I leave you with …

… a smattering of disgusting quotes about women by women

A Sarah Palin tweet: “Who hijacked term: ‘feminist’? A cackle of rads who want 2 crucify other women w/whom they disagree on a singular issue; it’s ironic (& passé).”

From Rep. Michele Bachmann (R-Minn.): “The Lord says, ‘Be submissive wives; you are to be submissive to your husbands.’”

Rep. Jodie Laubenberg (R-Texas) said, “In the emergency room they have what’s called rape kits where a woman can get cleaned out.”

“The facts show that people who are raped — who are truly raped — the juices don’t flow, the body functions don’t work and they don’t get pregnant. Medical authorities agree that this is a rarity, if ever.” — Rep. Henry Aldridge (R-N.C.)

On the topic of rape: “As long as it’s inevitable, you might as well lie back and enjoy it.” — Clayton Williams (R-Texas)

“These Planned Parenthood women, the Code Pink women, and all of these women have been neutering American men and bringing us to the point of this incredible weakness. We are not going to have our men become subservient.” — Rep. Allen West (R-Fla.)

“Consensual sex can turn into rape in an awful hurry. All of a sudden a young lady gets pregnant and the parents are madder than a wet hen and she’s not going to say, ‘Oh yeah, I was part of the program.’” — Rep. Roger Rivard (R-Wis.)

“I would hope that when a woman goes into a physician with a rape issue, that that physician will indeed ask her about perhaps her marriage, was this pregnancy caused by normal relations in a marriage, or was it truly caused by rape.” — Sen. Chuck Winder (R-Idaho) 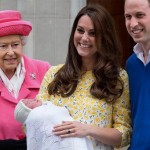