Warrant abuses by the government are on the rise. Federal law enforcement officials are abusing a provision of the U.S. PATRIOT Act that permits them to delay notification of a search warrant intended for terrorism investigations, according to new data released by the U.S. Justice Department last week.

The data reveals that the federal government’s use of so-called “sneak-and-peek” warrants (also known as “delayed warrants”) are being used less in terrorism investigations and more in routine criminal cases, including lesser offenses involving drugs, theft, conspiracy and immigration violations.

Typically, law enforcement may only obtain a warrant if there is enough probable cause to suspect that evidence of a criminal act would be located in a place or on a person. That “probable cause” is often supported by testimony and evidence already obtained by law enforcement.

Ten years ago, the U.S. Department of Justice (DOJ) argued that “sneak-and-peek” warrants were necessary to “conduct investigations without tipping off terrorists.” For example, authorities may use a “sneak-and-peek” warrant to obtain business records so that they could trace the purchase of bomb-making materials from a hardware store or to find out who is sending money to terrorists, the DOJ said.

But data released by the DOJ over the years pursuant to a Congressional mandate reveals that, despite the increased use of “sneak-and-peek” warrants, they are rarely used in terrorism cases.

According to data reviewed by TheBlot Magazine, a total of 108 “sneak-and-peek” warrants were approved by federal courts between 2002 and 2004. That number jumped to 687 delayed notice warrants between 2005 and 2007 and exploded to more than 4,000 warrants during the first three years of the Obama presidency.

Under Obama, the number of delayed warrants has continued to sharply rise: In 2011, more than 3,700 delayed warrants were approved; that number rose sharply to 5,600 in 2012 and nearly 6,500 in 2013. The data suggests that the use of “sneak-and-peek” warrants over time has become less of an exception and more a routine investigation tool used unsparingly by federal authorities.

“The numbers vindicate privacy advocates who urged Congress to shelve Section 213 during the Patriot Act debates,” Mark Jaycox of the Electronic Frontier Foundation wrote. “Proponents of Section 213 claimed sneak and peek warrants were needed to protect against terrorism — but just like we’ve seen elsewhere, these claims are false.”

As amended by the PATRIOT Act, the law does not limit authorities to terrorism investigations when seeking “sneak-and-peek” warrants — in fact, law enforcement can, and apparently do, use them in any kind of criminal investigation, even though the justification for needing such power is often attributed to terrorism.

“The government will continue to argue for more surveillance authorities … under the guise of terrorism,” Jaycox wrote. “But before we engage in any updates, the public must be convinced such updates are needed and won’t be used for non-terrorist purposes that chip away at our civil liberties.” 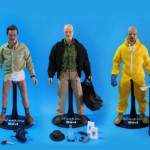 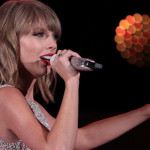