February is never an eye-popping movie month. It’s too close to the Academy Awards, and flicks released this month usually are long-forgotten by the next Oscars.

This is also a time filled with movies whose release dates got pushed back, which is never a good sign because it implies there were problems. Such is the case with many options this month. I’ll let you make your own decisions about whether to bother with “Jupiter Ascending,” “Seventh Son” or “Hot Tub Time Machine 2.” Me? No thanks, so here are my February picks.

The most-anticipated flick of February, “Fifty Shades of Grey,” opens on Valentine’s Day weekend. It’s based on the lusty book by E.L. James, but did you see the less-than-steamy, more-rom-com-y Super Bowl commercial? That’s because the movie is being marketed more as a “safe” rom-com. The website is a slick gallery of high-end photography and less sexy than annoying. It comes off as a hard-sell commercial for, say, fashion, hair products or cologne. What’s glaring is that as of this writing, the site is missing a reviews page. It has a quotes page to distract you from the fact it has no reviews page.

OK, now that I’ve got all of that off my critiquing chest, here’s what you need to know. The movie stars Dakota Johnson, the daughter of actors Melanie Griffith and Don Johnson, as female lead Anastasia Steele, and Jamie Dornan (TV’s “The Fall”) plays kinky, unhappy billionaire Christian Grey. Luke Grimes (“True Blood) plays Christian’s bro, while singer Rita Ora plays his sister. Oscar-winner Marcia Gay Harden (“Pollock”) plays Christian’s adoptive mother. Sam Taylor-Johnson directs, and Kelly Marcel (“Saving Mr. Banks”) wrote the screenplay. Funny fact: For research, Dornan visited a private sex dungeon. Sex-toy sellers are gearing up in hopes of an influx of orders for whips, handcuffs and an “adult vibrating love ring.” Focus Features and Universal Pictures is taking a gamble on whether Valentine’s dates want to go see a flick about S&M. It’s looking hopeful, though — there are 46 million views on the trailer. Rated R. 124 min.

Magnolia Pictures makes a good call again with “Ballet 422,” which stars Justin Peck, Tiler Peck, Sterling Hyltin, Alisha Heng and Amar Ramasar. This is a moving and well-executed documentary about the behind-the-scenes world of the New York City Ballet. Justin Peck, 25, was commissioned to create the company’s 422nd ballet, and he has only two months to do it. This is a fascinating peek into a grueling, yet joy-filled adventure with taping damaged feet, the sweat of performance anxiety and obsession (though not to the psychotic degree of Mila Kunis in “Black Swan”).

Secondhand, I know about dancers’ pain, perfectionism, disappointment and joie de vivre thanks to my closest friend, a ballet dancer. I’ve heard all about the broken toes, sore ankles, eating disorders, desperation and the euphoric flights through the air that seem to make it all worth it. In “Ballet 422,” you are treated to all of the ingredients of a start-to-finish Lincoln Center ballet performance, which includes dancers, glorious music, costume design, makeup, lights, camera, action. And this film was lucky to get the sensitive touch of Jody Lee Lipes, who is on double-duty as both director and photographer. The film opens in New York on Feb. 6 and rolls out nationwide through April. Check listings. Rated PG. 72 min.

The cast is the draw for this James Bond-ish comedy/action thriller. “Kingsman: The Secret Service” stars Colin Firth, Michael Caine, Samantha Womack and Samuel L. Jackson. It’s directed by Matthew Vaughn (“X-Men: First Class,” “Layer Cake”), who also co-wrote the screenplay with Jane Goldman (“X-Men: Days of Future Past”). Firth was the prime choice as main character Harry Hart, and Caine and Jackson, as always, are entertaining to watch, and it’s nice to see “Star Wars” alum Mark Hamill. (Who else is looking forward to watching him do his Luke Skywalker thing in “Star Wars VII: The Force Awakens” in December?) Personally, I’d choose “Kingsman” over “Fifty Shades of Grey” for Valentine’s weekend, but don’t take that to mean this is a really life-changing movie or anything. It’s silly fun and, well, you know, Bond-ish, i.e. lots of violence. Is it OK if I admit I love violence in movies? Not very PC of me, I know. Oh, well, sue me. Rated R. 129 min.

Disclaimer: “Maps to the Stars” is a really, really weird movie. A searing send-up of the plastic-fantastic empty lives in Hollywood, it was like going on an acid trip — not the psychedelic part, but definitely an altered state. David Cronenberg has always been a deliciously dark director (“Eastern Promises,” “A History of Violence,” “Dead Ringers,” “The Dead Zone”). I do love him for that, but this film isn’t as tight or well-written as those earlier films. Still, I’m glad I saw it and it stuck with me.

Julianne Moore is exquisite as Havana Segrand, a vain, self-absorbed, drug-addicted mess. When she’s not constantly on the phone with her agent, she is asking everyone she speaks to if she is still pretty. When not doing that, Havana is beeyotch central, chewing out her assistants, one of whom is the loopy-scary Agatha Weiss, played to perfect-pitch by the talented Mia Wasikowska (slated to play Alice again in 2016’s all-star “Alice in Wonderland: Through the Looking Glass”). Robert Pattinson (“Twilight”) plays Agatha’s friend, but he isn’t given much to do except look pretty. John Cusack is always fun to watch, but he seemed a little lackluster here, in what could’ve been a hilarious role as Havana’s massage therapist. Carrie Fisher gets to play herself in a cameo, which is a treat. Rated R. 111 min.

“Deli Man” is as delicious as a Katz’s pastrami sandwich. “For some, delicatessen food is close to a religious experience,” its website says, I would have to agree. My atheist Jewish family gushed over the rye and mustard, smoked salmon or knishes whenever eating at classic New York City delis. Some of the expert deli eaters interviewed for this documentary include Larry King and Jerry Stiller, but the real star is Ziggy Gruber, “a third-generation delicatessen man,” who owns Kenny & Ziggy’s in Houston, Texas, a well-known deli there.

This “Chef“-style, mouth-watering, belly-warming doc is produced and directed by Erik Greenberg Anjou, and it’s his tribute to the dying breed of our nation’s old-fashioned Jewish-American delis. Only 150 of them are still in operation. Filled with Yiddish (and translations), the movie offers lots of humor — whether you’re Jewish or a New Yorker or not. Thank you, Cohen Media Group, for another gem. This is a slice of American life and will seduce any foodie. Betcha go order a hot pastrami sandwich after the movie and, as my grandmother would say, “Eat! Eat! Look how you look.” Rated PG-13. 91 min. 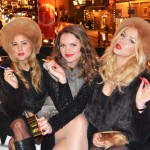 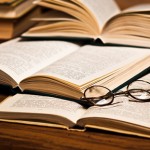