The Federal Bureau of Investigation is turning to other government agencies, including the Central Intelligence Agency and the National Security Agency, for hiring tips after a watchdog report said the federal law enforcement agency did not have enough cyber cops to adequately monitor and prevent security threats.

Part of the reason the FBI has struggled to attract top cybersecurity talent has been the agency’s tough stance on drug use and low compensation rates compared to positions offered in the private sector, the report from the U.S. Department of Justice’s Office of the Inspector General said.

The federal government has made cybersecurity one of its top initiatives in recent years, with the director of the FBI saying cybercrime could pose a larger threat to terrorism in the years to come. Currently, federal law enforcement considers cybercrime to be the third-top priority behind counterterrorism and counterintelligence.

Three years ago, the government earmarked millions of dollars to hire computer scientists and other officials for the FBI’s growing cyber defense squad. To date, the FBI has hired slightly more than 50 of the 130 or so computer scientists it was supposed to bring onboard under the multi-year Next Generation Cyber Initiative, the report said.

The FBI has made considerable strides in the warn on cybercrime, the report concluded, citing among its achievements the establishment of “cyber task forces” in all 56 FBI field offices across the country. Forty-five of those offices had task forces specific to cybercrime, the OIG said, and the agency is providing training for FBI agents who seek to better their investigatory skills in the cyber realm.

But the FBI has struggled to attract new talent to its ranks, and part of the problem has to do with the agency’s low pay structure and stringent drug use policies compared to more-lucrative and lenient companies in the private sector.

“We found that the recruitment and retention of cyber personnel is an ongoing challenge for the FBI,” the report said. Agencies may start with a pool of 5,000 interested candidates, according to the report, but most are quickly eliminated because of the agency’s tough background checks and hiring policies. One human resources official told the OIG that out of 5,000 candidates, only 2,000 were determined to be eligible, and out of that pool only two are actually hired by the FBI.

One reason why applicants are turned away has to do with the agency’s drug policy, which says candidates are only eligible for hire if they have not used marijuana in the past three years and other illegal drugs in the past 10 years.

According to the OIG report, FBI officials have suggested launching programs at the high-school level aimed at drawing the interest of students similar to recruitment programs used by the military.

“The FBI’s Human Resource Division is working with FBI divisions and field offices to develop recruiting programs to identify schools, universities, clubs and professional organizations that focus on the development and promotion of cyber education and talent,” the report said, adding that FBI officials are looking at benefits like higher salaries and school loan repayment programs as incentives for recruitment.

According to the report, other government agencies, including the CIA and NSA, use recruitment programs at the high school level “to develop and attract high school students” into skilled agency jobs.

The FBI is also mulling the possibility of reaching out to private-sector companies to recruit candidates into government jobs. The FBI already has some partnerships with private agencies, and other government offices rely on some private companies to provide actionable intelligence and cyber defense, but those relationships have been somewhat fractured over the past few years thanks in large part to disclosures by civilians about secret government operations — the most-notable being the disclosures of highly-classified documents by former NSA contractor Edward Snowden to international journalists in 2013. 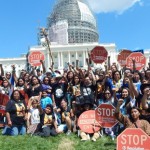 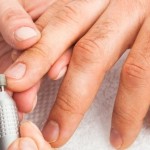