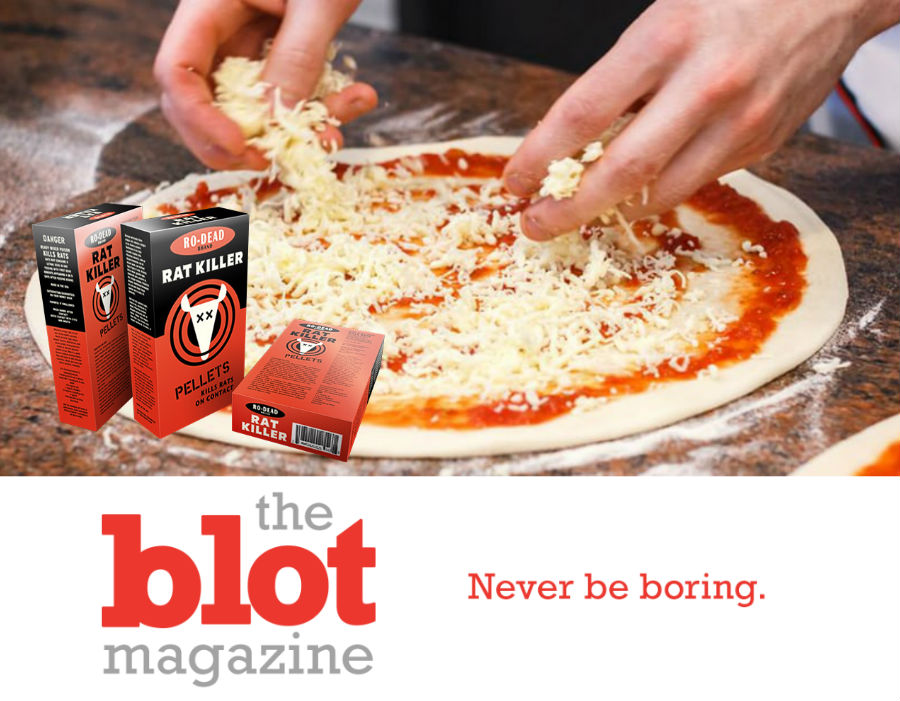 What’s going on with the crazy people in North Carolina?  This is beyond the pale!  News out of Fayetteville is just a bit disturbing, especially if you like pizza.  And since everyone likes pizza, this is pretty much a threat to everyone.  So if you happen to love pizza, live anywhere near Fayetteville, North Carolina and might possibly get a slice or a pie at Primo Pizza, be sure to pay attention.  Someone working there was putting rat poison in the cheese.  And while that is full of mouse and rat irony, it’s pretty upsetting.  I mean, I feed my kids pizza!

Fayetteville police charged one Ricky Lee Adami with distributing food that contains noxious or deleterious material.  That means they charged him with putting rat poison in shredded cheese to be consumed by people in pizza.  Why would anyone do that?  In the case of Ricky Lee Adami, it’s still a mystery.  Maybe it’s because he’s yet another enigmatic kook with a serial killer name?  Maybe.  But it’s amazing luck that the Primo Pizza manager, Gurol Bicer, immediately noticed something wasn’t right with the cheese.  Otherwise, this story could be about dead people, even kids.

Eat at Your Own Risk: Live Maggot Cheese and Other Poisonous Foods

Bicer said, “I did what I normally do. I break up the cheese to make it easier to spread. It’s quicker. I spotted it right away.”  But Bicer had no idea what this substance was or where it could possibly have come from.  So Bicer reviewed surveillance footage showing the kitchen itself.  Bicer clearly saw a recording of Adami putting something into a shredding machine with cheese.  Bicer recalled, “I see him reach into his pocket and sprinkle something into the cheese. I kept watching, and he did it three more times.”

Pretty much any food Adami might have touched was thrown out from that day.  None of the contaminated cheese made its way onto any pizza and into any people.  Authorities are holding Adami in the Cumberland County Jail with a $100,000 bond.  For now, Adami’s motives are a complete mystery.  But Bicer did say that Adami was acting a little weird that day.