So what the hell is Fat Bear Week?  Well, it’s run by Explore.org and has drawn all sorts of nature lovers in recent years.  With (almost) everyone staying isolated these days, that has only been more true this year.  So Fat Bear Week?  It happens once every year.  If you thought this was about bears bulking up for their winter hibernation, you’d be right.  And these bears do seriously bulk up.  And it’s such a phenomenon, it’s become a competition.  Well, beauty is in the eye of the beholder.  Like, totally.  And this year’s winner has the name 747 which is totally appropriate.  I mean, look at that Fat Bear.  He’s huge!

THESE ALASKA BEARS BULK UP TO HIBERNATE, HAVE NO CLUE WE WATCH THEM GET FAT

So Fat Bear Week kicks off every year around the first week of October.  But where is this “competition?”  The Katmai National Park and reserve, way the hell up there in Alaska.  But these brown bears actually start gaining their sleeping winter weight months before October.  We’re talking a LOT of eating.  So have you ever seen captions online about webcams of bears eating migrating salmon?  Well, these fat bears partake as well.  Sockeye salmon, to be precise.  But they also eat whatever else they can get their fat paws on.  So long as it’s yummy and rich in protein, carbs and good nutrients.

Related: Neighbor Calls Police on Man in Panda Suit Outside

747 IS THE CLEAR WINNER OF FAT BEAR WEEK, DOUBLING HIS ENTIRE BODY MASS

But it’s just before these fat bears go into hibernation that they are truly, well, fat as hell.  So why do these bears bulk up so much to hibernate?  Well, while they’re hibernating, they burn thru as much as 33% of their total body mass.  Now that sounds like a real restful diet for the rich and famous, doesn’t it?   But regardless, interest in Fat Bear Week has only grown each year, right along with these bears.  And Explore.org has made sure to place quite the number of webcams for nature greedy folks stuck at home to watch the binging spectacle.  So why did 747 win this year?  Well, look at that picture again.  And then, realize he literally doubled his body mass since June. 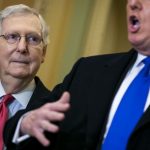 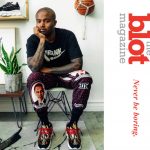