How will you be celebrating your special nurturer this year? This day isn’t just about the birth mothers in our lives, but the mom-like figures that raised us as well. There are grandmothers, aunties, teachers, wives, crossing guards, nurses or coaches who have all mothered you at some point and time, whether you realized it or not. It really does take a village to raise a child, that’s a reality I’ve learned more and more when I help with my own nieces and nephew. Don’t forget your maternal influences that often go down as unsung heroes — that’s really what this day is all about.
A few years back, my family and I all surprised our lovely mother by doing her absolute favorite thing: being together. Simply speaking, my family is very close-knit. We phone regularly, meet up on holidays, send cards for each other’s birthdays, befriend each other’s spouses, give each other advice and even cuss each other out if the behavior calls for it. Typical family stuff, I’d compare us to a realistic form of the Classic American family, the real part being that we all have our little secrets. I should have known that that year would change everything when my three busy siblings, even my sisters’ husbands, all put their lives on hold and made the trek to my childhood home for a meeting with mom.

Yelling, “Surprise!” gathered ’round in the kitchen wasn’t enough for our special lady. Once that small bit was over, we had an elegant homemade dinner planned with all of her favorite foods: shrimp, lobster, crab legs, mussels and a strawberry-and-onion salad to cleanse the palate. Then came the dessert of a life time, a “Jar of Truth.”

We each contributed a bunch of handwritten notes with things we had always wanted to tell our mother. She wasn’t dying or anything — my sister just thought it’d be a cute idea (I’m pretty sure she saw it on Pinterest or something). The notes ran the gamut of, “Thank you for attending all of my basketballs games” to “I really was drunk that I time I threw up on you in the tenth grade.” Can you guess which one of those was mine? I certainly didn’t play basketball if you’d like a hint.

The notes went from sentimental to public outting pretty quickly when my sister called my mom out on a 10-year old lie. It turns out our old dog, Lucky, had died while my brother and I were away at summer camp. In a panic, mom lied and told us our 11-year old shih tzu had run off never to return. This sent out some small shock waves, but I had one better on the way. The bomb dropped from my end of the spectrum of secrets with a lie I had kept for nearly six years. The totalization of my first car wasn’t exactly the accident the police report had read it to be. On our way to see “2 Fast 2 Furious,” and 28 days into having my official drivers license, my friend and I were feeling the drifting spirit on a hidden dirt road far from my house. I put the pedal to the metal, hit a dirt bank and flipped the family’s 11-year-old ’93 Saturn completely over, skidding on a rooftop nearly 20 feet from where we initially hit. My friend and I came up with the classic celebrity excuse of a “hit-and-run” and swore to take it to our graves, lest we both be grounded for eternity. One month later, I was rewarded with a new BMW convertible, making that particular hidden secret all that much worse.

The table went completely blank. Nobody was pulling notes from the jar anymore. Was it something I said? Could my mom still ground me at 22 years old? Even when I lived in Miami? I hoped someone had something to say because I was starting to feel like I certainly over shared. My mom’s jaw was on the floor. Everybody else was silent and staring. I could feel myself starting to sweat. Shit.
“Well, Justin and I are expecting our first baby in December!,” my eldest sister blurted out, breaking the silence, the tension and saving my con-artist ass all at once. Not only was this a lifesaving, more shocking secret, it brought the entire table to tears out of happiness that our loving family was expanding into a new generation. Now my sister could celebrate Mother’s Day and have her own scary jar of truth if her new family so wished. Something tells me that after that experience, it probably won’t work its way into tradition. Call it a hunch.

XOXO
Arisce Wanzer is a contributing journalist to TheBlot Magazine. 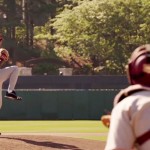 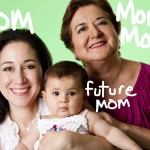