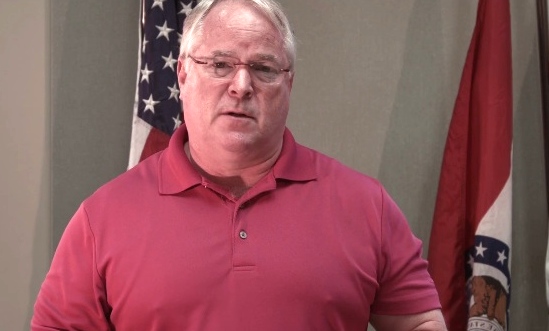 The family of slain Ferguson teenager Michael Brown rejected an apology from the city’s chief of police on Saturday, compounding what has been a tense month for city officials looking to repair their reputation following last month’s fatal shooting.

Last week, Ferguson Police Chief Thomas Jackson published a video online in which he apologized for his handling of events after a white police officer fatally shot the unarmed black teenager in the St. Louis suburb on Aug. 9.

“There were many people who were upset over what happened in Ferguson,” Jackson said in a scripted and slightly edited video released by a public relations firm last week. “I do want to say, to any peaceful protester who did not feel that I did enough to protect their constitutional right to protest, I am sorry for that.”

Jackson also apologized to the Brown family and the African-American community for the length of time it took investigators to move the teenager’s body from the city street after the shooting took place. Cellphone video released weeks after the shooting showed Brown’s body laying near a streak of blood while officials stood around conversing.

The police chief acknowledged that the length of time it took to remove the teenager’s body “was just too long.”

“I am truly sorry for that,” Jackson said.

On Saturday, the Brown family rejected Jackson’s apology. In an interview with the Associated Press, Brown’s father said he wanted to see the officer responsible for his son’s death — identified as Darren Wilson — charged with murder and arrested.

A grand jury has been empaneled and will decide by mid-January whether Wilson will face any charges.

In the same interview, Brown’s mother Lesley McSpadden called for Jackson’s resignation, saying civil unrest would continue “until (city officials) do what should be done.”

Jackson has refused to step down.

“I’ve talked to a lot of people who have initially called for that and then changed their mind after having meetings and discussions about moving forward,” Jackson said in an interview with CNN on Thursday. “Realistically, I’m going to stay here and see this through.”

Over the past month, Jackson has come under fire not only for his handling of civil demonstrations, but also for statements made to the press and public in the days after the shooting.

Under the threat of litigation, Jackson reluctantly released Wilson’s identity at a hastily-arranged press briefing on Aug. 15. But the police department also released a separate video purporting to show Brown engaged in a strong-arm robbery at a convenience store minutes before he was fatally shot.

Jackson told reporters, while the video was not directly related to the shooting, he was forced to release the footage because “a lot” of reporters had requested it under Missouri’s open records law — a claim Jackson would repeat several times that day.

“We’ve had this tape for a while, and we had to diligently review the information that was in the tape, determine if there was any other reason to keep it,” Jackson said. “We got a lot of Freedom of Information requests for this tape, and at some point it was just determined we had to release it. We didn’t have good cause, any other reason not to release it under FOI.”

But a review of open records requests by TheBlot Magazine found no reporter, news agency or member of the public specifically requested the convenience store tape before police released it that day. Responding to our report, a city attorney told the Huffington Post that oral requests had been made for the video and that city employees “catalogued all requests and treated them in the same manner as it would any Sunshine Law request.”

A subsequent review of requests by TheBlot revealed that a small number of oral and hand-written requests were catalogued, but those were submitted after Aug. 15 and none of the requests were for the surveillance footage.

Acting on our report, Adolphus Pruitt with the Missouri chapter of the NAACP submitted a letter to the U.S. Department of Justice (DOJ) calling for a special review of Jackson’s release of the tape, saying the police had distributed the tape “under false circumstances” as part of a “possible attempt to influence the outcome of the federal investigation with respect to the shooting of Michael Brown.”

Since the shooting, the city has hired several public relations firms to act as a liaison between officials and the press. One such expert, Devin James, was recently brought in to help repair the tainted image of the Ferguson Police Department. In a media report last week, James claimed credit for Jackson’s apology video, saying it wouldn’t have happened without his expertise.

James was fired last week after his employer learned that he had been convicted of reckless homicide for fatally shooting a man in 2004. The  St. Louis Economic Development Partnership, which had been paying James around $100,000 to handle public relations matters for Ferguson, said he “failed to inform us of his prior conviction.”

James blasted his former employer after the firing, saying the county executive who terminated his employment was a “coward.” Despite the setback, James claims Ferguson officials want him to stay on as an expert. If true, it would be just one more example of an embattled city promising change by sticking to its roots. 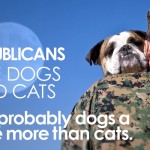 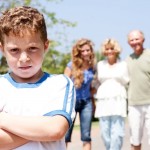