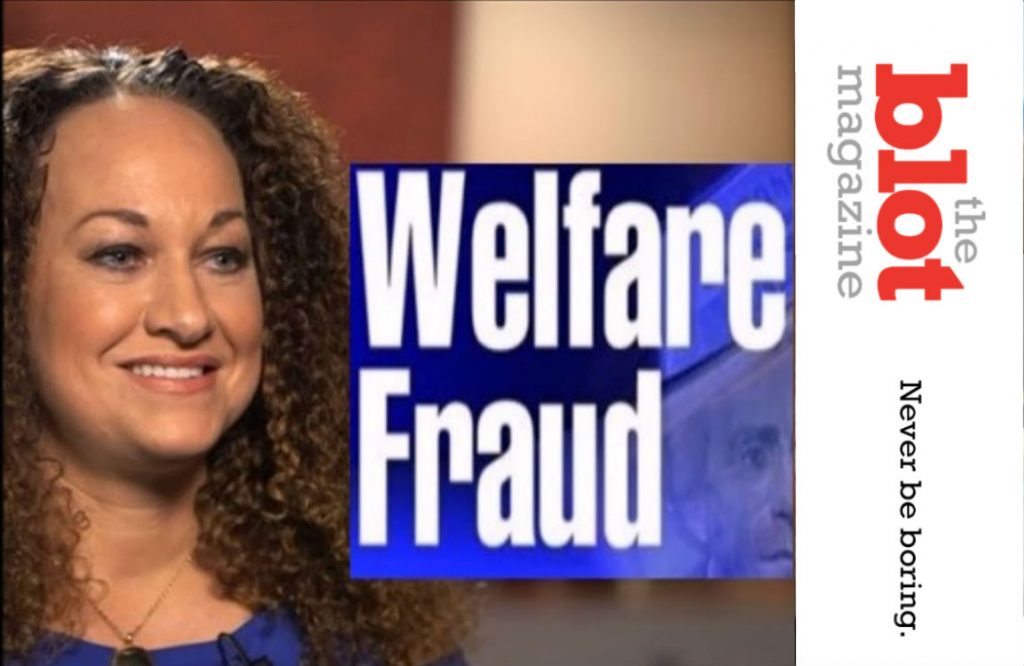 This woman just doesn’t make any sense to me.  You surely remember Rachel Dolezal.  But you may not know her new name, Nkechi Diallo.  Dolezal is the fake black lady who had been the Spokane Chapter NAACP President.  But then it came to light that the was really Caucasian and not African American.  At all.  There’s even a documentary on Netflix, The Rachel Divide.  I haven’t been able to watch it as her whole deal just makes me too uncomfortable.  Now I may have to.  Why?  Officials have charged her with 1st Degree Theft by Welfare Fraud, Perjury in the 2nd Degree and False Verification for Public Assistance.  All the charges are obviously related.

DOLEZAL COULD FACE 15 YEARS IN PRISON AFTER PLAYING STUPID GAMES

All those charges together could mean up to 15 years behind bars for Rachel.  Considering her history, I’m not sure Rachel would do very well in prison.  Court documents show that she received $8, 747 in food assistance.  She also received $100 in childcare funds.  But she wasn’t entitled to any of it.  She received the money from August 2015 up until November 2017.  All this came to light after Diallo wrote a book.  A Fraud and Accountability investigator at a DSHS Office heard that but also remembered Rachel saying she could only get by with help from friends.  So the investigator investigated.  But that didn’t go well for Rachel.

A subpoena for Rachel’s self-employment records included her bank records.  Rachel deposited over 83 Grand into her account over several months almost over the same period she received public assistance.  She never reported that money to the Department of Social and Health Services.  Oops.  The money was from her book projects from its publicity.  Diallo tried to get ahead of the mounting charges and came in for an interview.

But she denied any discrepancies in her bank records and ended the interview.  But honestly, what the hell is wrong with people like Rachel?  Now I have to watch the damn documentary about this fake black welfare fraud Rachel Dolezal. But I really don’t want to do that.  Dammit.