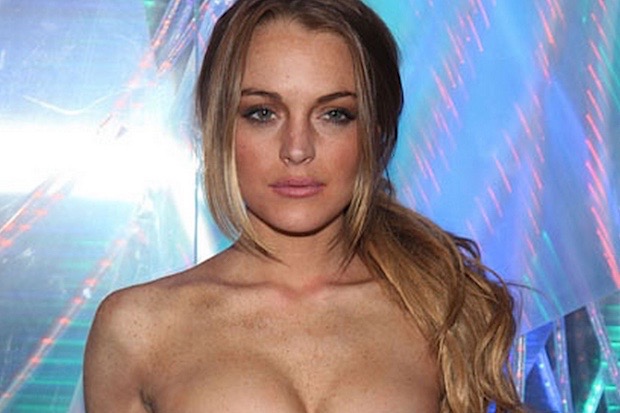 At first, Lindsay Lohan and Oprah Winfrey may seem an unlikely pairing. But, on taking a closer look, the two may actually be an ideal match. But can Lindz really step up, grow up and clean up once and for all?

The once teen-dream star Lindsay Lohan, now 27, has wasted countless chances offered to her to get it together. Will she squander yet another or will this next Oprah-assisted attempt stick? It’s a call viewers will be tuning into the OWN network to make, as the new reality show unspools. (Yes, it’s definitely a role reversal, from once-real screen star back to non-star real person on a reality show).

But for the reported $2 million paycheck, Lohan will take it. Considering it is likely the only work she’ll get at the moment, she’d be foolish not to.

The show, aptly called “Lindsay,” is being directed by Emmy-nominated filmmaker Amy Rice. The premiere episode of the show drew an audience of 693,000 viewers. That is higher than the network average for that particular time slot, reports the Daily News, but less than O’s interview with Lohan back in August, which attracted 892,000 viewers.

It will be a tough slog for all involved. Lohan is already considered, by many, another sad, disastrous example of what becomes of teen celebs. She’s considered past her prime, so why does her health status matter anyway? It matters because Oprah has a new network to grow and viewers to lure.

The last seven years have been a long, hard road for Lohan, aged well beyond her years by the trials of the glitter-gory Tinseltown life. Many, unfortunately, have given up on her. Any vision of her shaking her former destructive ways and veering onto a productive, positive path have all but withered away. And yet, Oprah refuses to completely give up. It’s quite clear that Lohan needs Oprah way more than Oprah needs Lohan. For work, funds, visibility, and to make sure she doesn’t vanish and be forgotten entirely.

The show, of which there are eight episodes, was filmed last summer, after Lohan had completed three months of rehab and decamped to New York. That it was Lohan’s sixth treatment attempt may deter viewers — why is there any reason to think a sixth attempt will stick? But if there is anyone, anyone at all who might actually help an underdog undergo a complete reversal, it would of course be Oprah, journeywoman of all journeywomen.

Ultimately, it will be up to Lohan. But will this feel like pressure to a fragile shadow of a star? Or is the accountability much needed? (There has been talk that Lohan’s biggest comeback struggle is getting her to be reliable and dependable — in other words, hirable.) In the first show, Lohan is unpacking in her new city digs and avoiding the flashbulbs of paparazzi salivating for a glimpse and snapshot of her. Already, in episode one, Lohan finds reason to skip out on her AA meeting (not boding well for that one single, solitary shred of hope that she actually can change at this point to make the fate not inevitable and predictable, but watchable and unknowable).

Lindsay Lohan Is Once Again a PR Nightmare

Some have made parallels to what ended up being a tragic reality show, the one featuring a drug-lost Whitney Houston. If you ever saw a minute of that show it was almost unbelievable in its real-life tragedy. It was just so sad to see this remnant of what had once been a beautiful woman with a tremendous talent, now washed away.

Yet, the difference is, and this is a big one, Oprah actually has the spiritual-journey chops and resources and guru experts in her network to actually get Lohan to a more spiritually sound and healthy place. You’ll have to watch to see if Oprah employs those forces, and if Lohan is open to receiving them.

The true question is whether the American people have reached their saturation point with Li-Lo and whether she will continue to allow her story to be one big downer — rehabs stints, DUIs, public family dramas, jail time, etc. — or whether she will be able to find a new story to tell.

The show is on the OWN network Sunday evenings at 10 p.m. Eastern/Pacific and 9 p.m. Central.