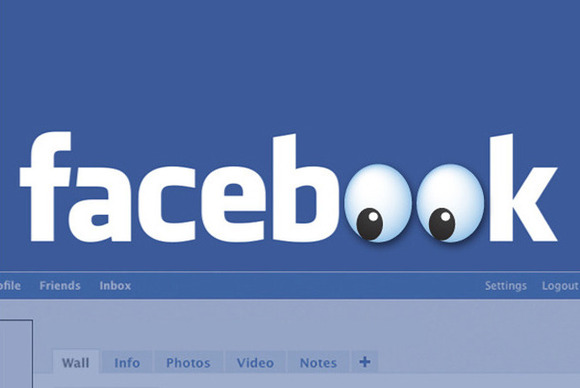 Facebook rolled out a series of changes to its privacy tools and policy last week in a move the social network asserted was intended to help users take better control of who can and cannot see content posted to the site.

At the same time, Facebook executives boldly declared what had been merely implied for more than a decade: What you share with Facebook can, and will, be used by the company to make money — and no, there’s no way around that.

“With most online services, there’s an understanding that when you use those services to share information, you’re also sharing information with the company providing the service,” Facebook executive Matt Scutari told an audience at a privacy conference in Palo Alto, Calif., last week. “I don’t think there are many services out there who could claim they’re not using your information that you’re sharing with them for any purpose. They have to at least use that information to provide the service.”

In other words, anything you do on Facebook — giving them your e-mail address and cellphone number, “liking” a page, “liking” a post, uploading a photo, posting a comment — is free for Facebook to monetize, even if you go out of your way to hide your activity from certain friends and family.

For the latter, the site is said to be “going out of its way” to make its privacy tools easier for users to control what posts and activity certain friends and family see. Don’t want your co-workers to see your latest vacation photos? Make a list of co-workers and exclude them from those posts. Nosy mom interested in every detail about your life? Exclude her from your “close friends” list. Want to unlock certain features on Facebook that require a phone number, but don’t want to share said number with the world? Lock it down so that it’s only visible to you.

Believe it or not, none of the aforementioned features are new. They’ve existed for a few years, rolled out slowly over time by the social network under the guise of making it “easier” for users to control who sees what. In fact, Facebook changes its privacy tools every year (see: 2008, 2009, 2010, 2011, 2012 and 2013). With all of these changes, why do users and advocacy groups still challenge Facebook on the topic of user privacy?

Privacy has always presented a problem for Facebook: If users stop behaving a certain way, or are unwilling to share certain kinds of data, the company’s current method of making money stops working. For years, the site wouldn’t let users log in to the site unless they enabled “cookies,” those little tracking files that are dropped on a user’s computer that, among other things, monitor web-surfing habits in order to return relevant advertisements (the company has since abandoned this practice). More recently, Facebook introduced “ask” buttons on profiles intended to encourage users to nag each other about things like relationship status with the hope that more data would be shared with the company.

Facebook’s ever-evolving privacy tools are no different — little changes to such tools are not really intended to help users embrace them. If that were the case, Facebook would build on top of already-existing privacy tools, instead of moving things around under the guise of “improving” ease of use. But Facebook takes the opposite approach — it changes things so drastically because it knows frustrated and confused users won’t bother. The end result: More data gets shared, and Facebook makes more money.

Does any of this matter? Facebook doesn’t think so. The company is providing a platform for users to share what matters to them — photos, videos, life events — and it’s offering the service for free. The trade-off: Anything you share with the company is fair game for them to monetize.

With the exception of that one time when Facebook made one of its users a spokesperson for a 55-gallon drum of personal lubricant or the class-action lawsuit alleging Facebook violated European privacy laws by intercepting messages of its users, it’s hard to find an example of Facebook going too far when it comes to the data it collects, and then shares, in an effort to monetize user behavior.

But that’s not to say red flags raised by privacy advocates are meritless: Where does data monetization end? Will Facebook sell its users cellphone numbers to telemarketers? Will it trade your e-mail address to companies that market erectile dysfunction pills? Will it create a real-time location tracking tool, then offer it to federal law enforcement under a clandestine government contract (for “homeland security” purposes of course)?

Is it already doing any of these things?

It’s worth remembering that nobody is forced to use Facebook: Sure, it makes life more convenient, having all your friends, family, videos, photos — arguably, your whole life — in one place. In turn, Facebook is dead set on learning as much about you as it possibly can so it can trade on that information. So it’s worth considering: Is privacy a fair trade for convenience?