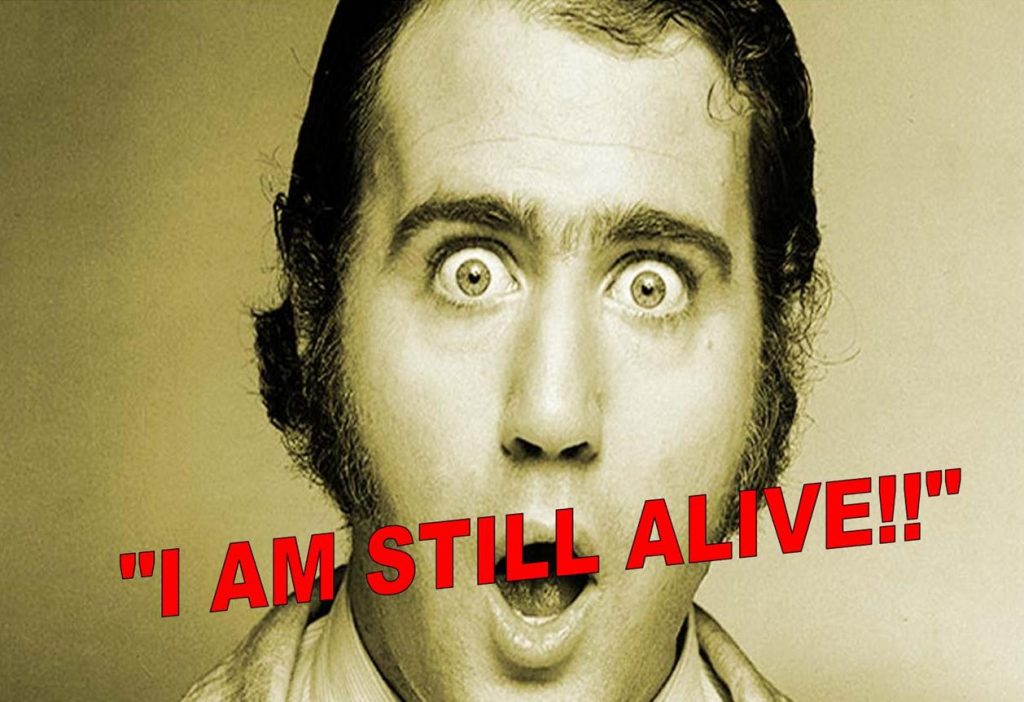 Andy Kaufman was resurrected by a ghost

“Andy Kaufman is still alive,” eye witness says. On Monday night at Gotham Comedy Club in New York City at the annual Andy Kaufman Award show, the special guest was Kaufman’s 24-year-old daughter. Fans of the “Taxi” star should perk up upon hearing that because Kaufman died 29 years ago in 1984 after succumbing to lung cancer at the age of 35.

Anyone who has seen the film “Man on the Moon” knows his story. A quirky comedian who could rifle through different characters and tunes, Kaufman could make people love him or hate him, especially in a wrestling ring. His persona transcended his TV shows.

Kaufman’s desire to entertain bled from the stage, the screen and the ring, but did his penchant for being a showman lead him to his own “death”?

At the comedy club, Kaufman’s brother Michael revealed the strange chain of communication that he navigated in order to hear the truth about his brother and meet his niece.

TheBlot got in touch with Al Parinello, the executive director of the Andy Kaufman Award, which Kaufman’s father, Stanley, started after he passed away. According to Parinello, it was the death of Stanley that led Kaufman and his daughter to reach out to Michael.

“It was the most interesting evening. The feeling in the room was that something unreal was going on,” Parinello said.

Parinello outlined how the correspondence occurred through a series of letters between Michael and Kaufman’s alleged daughter.

Michael had found a letter written by Kaufman, which outlined how he had planned to fake his own death. Within the essay, which he must have intended to be found, he instructs Michael to meet him at a specific restaurant on Christmas Eve 1999. Upon being seated Michael was approached by a man he had never met. The man handed Michael a typed letter. The contents of the letter detailed to Michael how “everything in life was great and he just wanted to get away from being Andy Kaufman.”

Fast-forward a few years and you are at present day. Michael said that Kaufman’s daughter had contacted him a few months prior to the award ceremony, and she expressed a desire to accompany him. Kaufman was apparently very close to appearing before backing out.

“If you play around with the Kaufman family, which I have, you expect these accomplishments. What the general public doesn’t seem to understand when you have Andy Kaufman, a series of things take place on a regular basis, they can only be called absurd. He was so fucking unique.”

Parinello was the first man to ever hire Kaufman for comedy and may know him as well as anyone, yet even he is unsure if this is reality or hoax.

“He was and is capable of doing the impossible. He was a prankster his whole life, all about fooling people, all about the laugh.”

Interesting to note: Kaufman’s daughter went by the pseudonym “McCoy” while attending the event. No one had followed her when she left, but upon checking the ledger for the night the name “McCoy” appeared. Kaufman used the name “Nathan McCoy” when he was checking in to hospitals while he was ill. 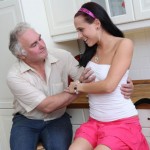 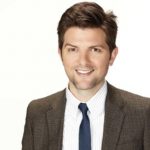