Federal law enforcement officials have been gathering data on the location and movement of millions of vehicles across the United States, according to new documents published by the American Civil Liberties Union (ACLU) on Monday.

The data is being fed into a massive database operated by the Drug Enforcement Agency (DEA), according to documents obtained by the ACLU under the federal Freedom of Information Act. The data is captured from digital cameras that operate as license plate readers. Data collected includes information on a vehicle’s location and direction of travel and, in some cases, a clear picture of who is operating a vehicle.

The cameras are scattered across several major installations throughout the country, including busy highways in California, New Jersey, Florida and Georgia.

More than 340 million records have been placed in the vehicle tracking database, according to an undated document obtained by the ACLU. Some of those records contain information shared by partner law enforcement agencies at the state and local levels.

According to internal documents reviewed by The Wall Street Journal, information obtained from the vehicle tracking database has been somewhat effective in helping federal agents thwart certain drug-related crimes. An internal document from 2010 said the database helped agents seize more than 90 kilograms of cocaine, 8,300 kilograms of marijuana and recover more than $800,000 in drug-related assets.

But the database has also been instrumental in helping the DEA with civil forfeiture initiatives. That practice has come under fire in recent years because under civil forfeiture programs, law enforcement has the ability to seize cash and property from individuals without any evidence or charges of a crime. Assets are usually only returned to people after a court procedure is initiated, something that critics have argued places an unjust burden on innocent people — a police seizure of a few thousand dollars can cost upward of tens of thousands of dollars to remedy through the legal process.

According to the Journal, the license plate tracking program began as a federal initiative in southern border states with the long-term goal of a nation-wide roll-out. Documents obtained by the ACLU show the DEA retains vehicle records under the program for at least six months.

“The government should not collect or retain information revealing the movements of millions of people accused of no crime,” the ACLU said in a blog post published on Monday. “That long retention period is only meaningful if it comes with strict rules limiting data use, sharing, and access. Like its retention policy, the DEA should make these policies public.”

Like other foreign and domestic surveillance programs, exactly how law enforcement uses the data it gathers remains a mystery. Former officials who were forthcoming to the Journal on the program steered clear of laying out exact details on how the program works out of concerns that those details would help criminals avoid detection.

“The extent of this data mining is unknown,” the ACLU said. “Is the DEA running all of our license plate reads through a program to predict our likelihood of committing a crime? Are we all suspects if we drive on a certain road? What else does the DEA think it knows about us just from the collection and analysis of our locations via license plate reader data?”

Also unclear is if the DEA has any congressional or judicial oversight in connection with the program. Earlier this month, the DEA revealed it had secretly gathered telephone metadata of phone calls placed by Americans to overseas locations for years without authorization from any court. 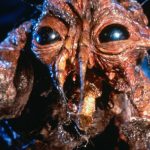 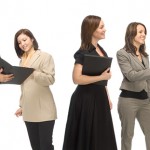