In “The 11th Hour,” Maria (Academy Award-winner Kim Basinger) is a successful businesswoman who has been on a 10-year quest to have a baby. After eight miscarriages, she refuses to give up. Her boyfriend Peter (Sebastian Schipper) has grown weary of the obsession. When he points out their age and says he no longer wants a child, it is the thread that unravels her. We watch Maria become completely unspooled.

She leaves reality and enters a macabre world of fantasy with Petit (Jordan Prentice), a drug-addicted little person who not only represents a child calling out to her but also becomes the means to her end goal. He needs money, and Maria hires him to bring her an infant.

This arty indie, which opens Friday, June 12, is best described as an unusual film with an original take on madness. Anders Morgenthaler wrote and directed.

I was eager to hear Basinger’s take on Maria’s altered state. I also wanted to know what it was like working with Ryan Gosling and Russell Crowe in the movie, “The Nice Guys,” which is scheduled for release in May 2016, and I was curious, too, about Basinger’s take on the sexism in Hollywood.

Here is our exclusive interview for TheBlot Magazine.

Dorri Olds: How did you get so deeply into the character of Maria in “The 11th Hour?”

Kim Basinger: This was such a rare experience the way this film came together. I was presented with the material that Anders had written. Usually I connect with something or I do not, and I strongly connected with this. There are so many levels in the story about the character’s journey and what she’s about. I went on the journey and was just as lost myself until I found myself. For my character, it’s about finding the truth, a deeper truth than she’d had in her past. She had a successful career and made money and had this beautiful life, but at the end of the day, there was something much bigger pulling her. When the truth wants to find you, it will. I promise you that.

There were such extreme close-ups on your face. Did that feel weird?

It was a new experience, but everything we did here was a new experience. It was also a very low-budget film, and when you don’t have, you “make.” I loved the skill and ideas of Anders and our [director of photography]. It was a brilliant way to work — for me and for the character. I felt Anders inside the dermis whenever I uttered a word or cried. I could feel both of them coming through me because it was so closely shot. I got very used to the dance. To get the dance done, we shot 10- and 20-minute takes in all kinds of filming. It was very intimate, very invasive, but not like a voyeur.

Did you stick to a script?

No, we created our own language. We worked with the script as a guideline. We needed to get into this dance and do many things. Emotion comes from different places, and for this, I really didn’t have to draw on this emotion. It was all right there. I was already in it. We were stirred in this dance by so much. You can’t just read emotion on a page. You have to create it. We were shooting in so much nature, in wide, open spaces and all of these crazy, off characters, and while all of this was going on, I honestly felt like I was in my own “Pan’s Labyrinth.” I just held my hands up like a child and said, “This is not happening,” but it was.

That’s it! That is exactly how it was. Sometimes we really got in this trance, and we kept it going for 20 minutes at a time.

Can you tell me about your next film, “The Nice Guys,” with Ryan Gosling and Russell Crowe?

Yeah, I just finished shooting that a few minutes ago. [Laughs] I’m only in a bit of it for shock value. And it is a shocking surprise. It was great seeing Russell again after all these years, and I met Ryan. He’s a lovely guy.

He is really a lovely boy, and he loves his mother. They’re very close. He respects women, and it shows, so women love him.

Have you come up against the sexism of Hollywood?

Everybody has had a brush with that, whatever. I understand the severity of the problem, and I see it in the lines of characters for many actresses and in how women are portrayed. But I think, honestly, it’s changing. I want women to find their power. I think they are finding their power. Like I’ve told so many people, if we women all stood up and held hands and just said “No,” to men. Just “No.” No to having babies, no to sex, no to whatever they wanted to say no to, women would find out just how much power they really have, and the men would just get it.

Listen, there are a lot of evolved men out there and many filmmakers that are becoming aware. As we go into this period of time for women, I mean, we’ve got women in “Ghostbusters.” It’s an all-female cast. Women are finding their power — even in Hollywood. It’s still out there. Sexism is out there and many, many men will never be the evolved ones we’d love to see — filmmakers as well — but hopefully that is changing. 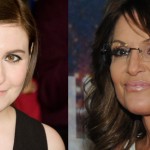 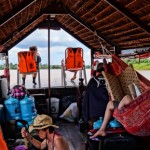