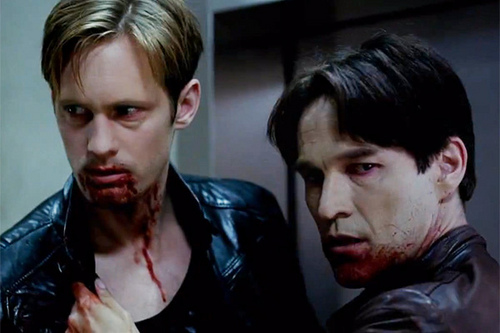 You may know Carrie Preston as waitress Arlene Fowler on “True Blood” or for her Primetime Emmy Award-winning role Elsbeth Tascioni on “The Good Wife” or Grace Hendricks, who plays the love interest to her real-life husband Michael Emerson on “Person of Interest.”

Maybe you recognize her as the high-strung Judy on “The Following” or from, like, a gazillion other TV and movie credits. This woman never stops.

Preston and her husband Emerson were in the play, “Love Letters,” which was nominated for a Pulitzer Prize. She is also co-owner of the production company, Daisy 3 Pictures, with partners James Vasquez and Mark Holmes. But, after our convo, I think the starring role she is most proud of is being the mother to rising star Chumley, her amazing and snuggly rescue dog. Of course, you know that means she and I got along famously.

Dorri Olds: You wear so many hats. Can you describe a typical workday?

Carrie Preston: It varies depending on what I have on deck. Generally, I spend a lot of time planning the logistics of how to spend my time. I travel a lot, between New York and Los Angeles, but I’m good at time management and enjoy being busy. I feel lucky when I have a lot of reasons to wake up in the morning, and I embrace whatever challenges come my way with whatever projects I’m lucky enough to drum up or create.

What are the differences and similarities between some of your TV series’ characters?

They all have red hair. [Laughs] That’s where the similarities end, though. They’re all so complicated. Well, I would call all of them intelligent women who take their relationships seriously, and they’re all mothers. No, wait a minute, that’s not true; Grace is not a mother. From there on, they’re very different. It’s hard to put it into a few words, but I guess I would say Arlene is passionate, maternal and histrionic. Elsbeth Tascioni is brilliant, scattered and mercurial. Grace Hendricks is quiet, sincere and lovely, and Judy is cunning, intelligent and a little scary.

Have either you or Michael felt a twinge of jealousy watching each other do romantic scenes with other actors?

Oh no, no, no. Absolutely not. There’s never any kind of a threat. What most people don’t realize is there’s very little romance when you’re shooting those scenes because there are 50 crew members standing around. It takes you 12 hours to shoot that material, and it’s all pulled apart; it becomes like choreography. In my experience, it doesn’t feel like when you’re actually in a relationship. When Michael and I met, we were doing a play, but we didn’t fall in love because we were doing a play together. We fell because we liked each other’s company.

Of all the sexy men on “True Blood,” who would you rather fall prey to: Stephen Moyer, Sam Trammell, Ryan Kwanten, Alexander Skarsgård — he’d be my pick — or Joe Manganiello?

I’m going to pick Chris Bauer. He’s much more my type. I don’t fall easily, and I’m not one of those boy-crazy girls who goes weak in the knees for every hot guy. Of course, I appreciate what every member of our cast looks like! They’re all very attractive, but I tend to fall for guys more like Chris Bauer. He’s very handsome and has a lot of sexy qualities, but I feel a little uncomfortable going into details because I’m happily married.

Do you think fans are unrealistic about their connection to actors through social media?

I don’t think I experience that as much as Alexander Skarsgard and some of the other guys you mentioned. They probably have lots of people who want to have romantic relationships with them. For me, I feel I have a good following. My fans are supportive, and I’m so appreciative of that. Sure, you’ll get the occasional person who will get upset if you don’t write them back fast enough, but I just let them have their feelings, and I don’t engage. But that scenario is very rare.

What do you do in your downtime? Do you have any?

I have a dog named Chumley. He’s really my favorite thing in the world. He’s a grounding energy, and I really love taking him on hikes. Michael and I give him four walks a day. Chumley is very much a part of our life and the focus of our life. I spend a great deal of time with Chumley, and it gives me more than I could’ve ever dreamt as far as feeling connected to another life force. It’s a really wonderful thing and hard to find that exact feeling anywhere else.

If you go online, you’ll see Chumley is quite famous. He’s been on the cover of Modern Dog magazine with me. He’s seven pounds, he’s a rescue from A Dog’s Life Rescue in Los Angeles. We think he is part Poodle and part Maltese, and he is a sweet, funny, snuggly little Ewok of a dog. He’s like a little teddy bear. 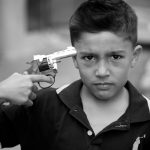