“All the lonely people, where do they all come from?” Those Beatles lyrics were in writer-director Ned Benson‘s head when he wrote the film “The Disappearance of Eleanor Rigby,” which tells the story of a grieving and estranged couple: Eleanor (Jessica Chastain) and Conor (James McAvoy).

The movie premiered at the 2014 Cannes Film Festival in two separate parts, “Her” and “Him.” Each told their story from their own perspective. When the film was picked up for distribution by The Weinstein Company, Benson combined the two parts into one and titled it “Them.” Now all three versions are available.

With the experimental format combined with the fact that this was Benson’s first film, making this indie was no cakewalk. Benson gave us the scoop during an exclusive interview for TheBlot Magazine.

Ned Benson: Yes, we were boyfriend and girlfriend for four years. I wrote the first half of the script, then showed it to Jessica. She asked me questions about the character Eleanor. They were good questions and inspired me to write the second half of the script for her. So, we built this project together.

What parts of the story were autobiographical?

I took aspects of this relationship with Jessica, and my past relationships, and examined how each partner in a couple looks at the same context differently. There’s obviously a lot that’s personal, and there were things in the parental relationships that were similar to mine. Both fathers are representative of my father in some ways. As for the mother character, my mom loves to have a glass of wine in her hand all the time.

Did your mom ever say that she found motherhood exhausting, as Isabelle Huppert did in the film?

That’s good. I think that would’ve sent anybody running to a therapist.

What was the timeline for making the movie?

After a breakup, it can be excruciating to be around an ex, no?

That’s true, but our relationship was collaborative and creative, and it was more important that we stay partners and collaborators on this than any of our bickering. We tried to be adult about the whole thing. That allowed us to make something that was very personal to us.

I hope you don’t mind my asking — was Jessica away for work too often? Is that why you broke up?

Well, it’s not just that. There’s always a lot of components to a relationship in terms of it working or not. We both have very different personalities.

How would you describe your personality? Are you shy? Talkative? Introspective?

Sort of all of the above. I have moments where I’m really gregarious and others where I’m hermitic sitting at my computer and writing for weeks at a time. I’m more introspective and probably over-analyze a lot. But I love my work and love making movies, and I think she feels the same. You know, at the end of the day, she’s a person I care a lot about, and we both cared a lot about making this movie together. She’s been a great collaborator and great friend. I’ve known Jessica for 12 years now. She’s a special person, and I’m proud of her. I think she’s a really great actress.

What do you think makes her such a remarkable actress?

I think it’s twofold. There’s a beautiful undercurrent that happens behind her face. It’s all in her eyes and the subtleties she brings. You can just put a camera on Jessica, and there is so much going on. At the same time, aside from having that quality, she’s also one of the hardest workers I know. She works so hard in terms of figuring out who a character is and her preparation. She has this built-in work ethic, this incredible drive. Some of that rubbed off on me. Those two things make her who she is as an actress, and I was really lucky to have her — and lucky to have James McAvoy as well. All of the actors were so talented and each worked in their own different ways.

Did it feel weird to boss your ex around while you were directing?

No, I’m not interested in bossing people around. I’m interested in creating a space where people want to do their best work and feel free, especially with an actress like Jessica. It’s about giving her what she needs before you say, “Action.” She just does the rest. I try to have a really collaborative set where everybody has a voice and there’s a constant dialogue so we can all do our best work. We all worked well together.

He is just the loveliest human being — funny, charming, sweet, and he’s really easy going. He’s just a great guy and a family man.

What would you like to tell people about the experience of writing “The Disappearance of Eleanor Rigby”?

The intention was to show two people’s behavior and let the behavior tell the story. I like to shoot and write in a way where you’re watching two people, and you make assumptions about what happened and who they are, based on that behavior. I wanted to shoot it as if you’re in a restaurant and you overhear a conversation a couple is having and from that you make assumptions about these people. Ultimately, you get the information about what actually happened in the story. Essentially, I want the people in the audience to project themselves into the story.

That is what happened with me, so you succeeded!

Did you see Jessica in “A Most Violent Year”?

Yeah, I did. I liked it a lot. I grew up in New York City. I was 4-years-old in New York when the movie was taking place. I thought it was a really interesting point of view of Manhattan. I think J. C. Chandor is an incredible filmmaker, and I think Jessica and Oscar [Isaacs] and the entire cast made it a really well done film.

Will you be watching the Oscars this year?

I’m working on a bunch of things. I’m writing a new script for myself now. I have a producing partner on it. It’s the story of the music scene in L.A. in the ’90s — people who came to L.A. to create an identity and what it meant to them — whether they failed or succeeded or both.

Yeah, it’s a big character piece. I’m writing another movie for the Weinstein Company based on the book “How Starbucks Saved My Life.” I’ve written a script called “Object of Beauty,” which is based on a book by Steve Martin of the same name, which Amy Adams is attached to. And then I’m doing a television show for MRC. It’s a big, broad look at a family and their history and how each family member, whether it’s a mother, father, daughter or son, has a different idea of what their relationships are and what the family really is. It’s about point of view within a family. I’m still in the writing phase on that, but I’ve created the bible, and I’m writing the pilot. 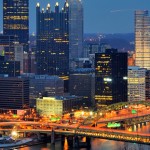 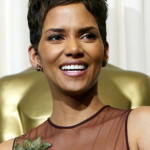