FORMER STRIPPER GREASES PALMS AND OTHER THINGS TO SELL PAINKILLERS

So her name is Sunrise Lee and she is adding some flavor to a major investigation into Insys Pharmaceutical.  Insys, you may have heard, is in some hot water for selling Subsys.  So what is Subsys?  It’s a fentanyl spray that can be a hundred times stronger than that scary drug, morphine.  So yes, you guessed it.  This is about the explosion of painkiller overdoses in the United States.  Insys alone is responsible for more than 900 of them since 2012.  But it’s all about sales, see?  That’s why an ex-stripper like Sunrise became an Insys Therapeutics’ regional sales director. She’s good at lap dances.

Stroking, if not bribing, doctors is evidently key to expanding sales of powerful drugs to consumers.  That could be why an ex-stripper whose only management experience was running an escort service moved up the corporate food chain at a major pharmaceutical company.  But no, this isn’t a joke.  So far we know of one doctor, Paul Madison, that Sunrise Lee “marketed” to.  He’s in big trouble with authorities.  But why?  For allegedly taking over $70,000 in bribes to write tons of prescriptions for painkillers, just like Subsys.  But we’re talking big money, here.  So how much, you say?  Just one patient represents over 6 figures of profit.

WHEN EXECUTIVES GIVE A LAP DANCE, SALES ARE ON THE RISE

But even Insys knew about Doctor Madison as a profit cow.  One sales rep wrote, “Dr. Madison runs a very shady pill mill that only accepts cash. He is extremely moody, lazy and inattentive. He basically just shows up to write his name on the prescription pad, if he shows up at all.”  So that’s how someone like Sunrise Lee ends up marketing to someone like Dr. Madison.  That could be why witnesses saw Sunrise giving him a lap dance at a club.  Some doctors like someone to stroke their egos.  Others…. Well, you get the idea.  Stay tuned on this one.  It’s in federal court and will be going interesting places. 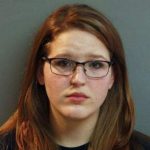 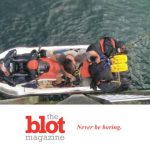