A lawmaker has issued a stern reminder to the former head of the National Security Agency that selling state secrets is a crime under U.S. law.

After eight years on the job, former NSA boss Gen. Keith Alexander resigned in March on the heels of the largest leak of classified information in American history. Under Alexander’s watch, former government contractor Edward Snowden had made public many of his agency’s clandestine surveillance techniques and programs, including a controversial program in which the NSA collected the records of every American phone customer.

Shortly after his retirement, Alexander launched a security consulting firm, charging private companies upward of $600,000 a month for advice on how to avoid cyberattacks and other digital threats. At one point, Alexander is said to have approached Sifma, Wall Street’s largest lobbying firm, offering his services for around $1 million.

At least one lawmaker is concerned that Alexander, who slammed Snowden for spilling state secrets to The Guardian and The Washington Post last year, may in fact be using his former position as the nation’s top spy boss to do the same — in exchange for a big pay day.

In a letter sent to four companies Alexander is thought to have approached, Rep. Alan Grayson (D-Florida) reminded the former spy chief that it is a crime to disclose classified information without authorization in exchange for a paycheck.

Grayson said Alexander “literally would have nothing to offer” the companies “without the classified information in his former position.” The lawmaker has requested the companies approached by Alexander provide him with information about their negotiations with the spy boss “so that Congress can verify whether or not he is selling military and cybersecurity secrets…for personal gain.”

Shortly before he resigned as NSA director, Alexander slammed journalists who had obtained documents from Snowden and were “selling them and giving them out” as part of their reporting on the agency’s surveillance practices.

“We ought to come up with a way of stopping it,” Alexander said in a Department of Defense video. “I don’t know how to do that. That’s more of the courts and the policymakers but, from my perspective, it’s wrong, and to allow this to go on is wrong.”

Alexander did not respond to multiple media inquiries shortly after the Grayson letter was published, though he told Bloomberg last week that he expects to have several contracts “in the near future.” It’s unclear how many companies Alexander’s newly-formed venture, IronNet Cybersecurity, has reached out to.

A spokesperson for Grayson’s staff told the tech magazine Wired that the congressman has yet to hear from Alexander or the companies that were addressed in the letter. ”

“The Congressman is very interested in what they have to say,” Stoller told Wired. 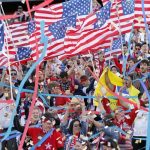 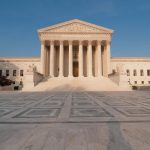