As of May 2016, every Norwegian is a millionaire from that nation’s wealth accumulation over the last many decades. According Bernie Sanders, the Norwegian model is the right choice for America also. That doesn’t mean that every Ole and Lena drives a Rolls-Royce and washes down their lutefisk and loubscoutch (don’t ask) with Veuve Clicquot. However, the Norwegians have done something that we Americans could and should do but haven’t. They’ve invested the money from their natural resources, mainly oil and gas revenues from the North Sea, in a sovereign wealth fund.

First off, I have to confess to stretching the truth a tiny bit. They are only millionaires in Norwegian kroner, one of which is worth about a sixth of a U.S. dollar. The fund has 5.1 trillion kroner and there are not quite 5.1 million people there. That’s a million kroner each, and that works out to be about $161,000 per person at current exchange rates. Still, it’s a decent sum.

How to Commit the Perfect Murder: Corporate Negligence

According to ABC News, “Norway still has a national debt of 759 billion crowns or about 25 percent of gross domestic product. By comparison, the U.S. debt of $19 trillion is about 120 percent of GDP. In case you’re wondering, that’s $62,733 owed by each American. But it gets far worse if you add in all the unfunded liabilities of the government: Then it’s $1.2 million owed per American.” Yes, kids, those Nordic welfare-staters run their finances better than the nation that gave the world Wall Street.

Part of the reason that Norway has the largest sovereign wealth fund in the world (bigger than any of those belonging to Arab states even) is that the Norwegians don’t give away their natural resources at fire sale prices. Another reason is that they treat the income as belonging to all Norwegians, including those who aren’t even born yet, so they invest it “for eternity.”

Compare the way the Norwegians deal with their oil with the way Americans deal with oil and gas on federal lands. Larry Persily of the Office of the Federal Coordinator For Alaska Natural Gas Transportation Projects wrote, “Norway makes all of its money by taxing the producers’ profit — plus taking a substantial equity share in many projects, plus earning stock dividends from a government-controlled oil and gas company.”

The tax is 28% on profits (the national corporate tax) and an extra 50% on profits from offshore oil and gas. And the oil companies still make money. Statoil, the national oil company, is 67% government owned and it operates 80% of the production in Norway in partnership with the likes of Exxon and BP. Outside Norway, it has operations in about three dozen countries. All of the taxes and all of the dividends from the government’s share of Statoil goes into the fund.

In America, we charge for the drilling rights and take a royalty from every barrel that comes out of federal land. The opening bid to lease an acre of federal land, worth thousands in competitive bidding situations, is $2. That isn’t a typo. You can get the rights to drill for oil on federal land for 200 pennies. Leah McGrath Goodman wrote in Newsweek last fall, “Oil and gas majors pay a royalty rate of 12.5 percent, based on sales of what they drill and produce. Offshore, that is slightly higher, 18.75 percent, hiked in 2007 from the 12.5 percent rate set in the 1920s. (The higher, offshore rate reflects only leases granted since 2007, which means most of the money paid to Uncle Sam comes under the older, lower rate.)”

To be clear here, we aren’t talking about resources on private land, where the landowner has the mineral rights and such. This is nationally owned land (or off-shore continental shelf) that belongs, in both countries, to the government, or if you will, to the taxpayer. Norwegians get a decent price for the resources that they all own. Americans let themselves get screwed because the government doesn’t want a fight with Big Oil.

Once the Oslo government has the money, though, they don’t hand it out to the taxpayers for new fishing boats or vacations in warmer climes. They invest it. Bloomberg’s Pensions and Investments notes, “The fund, which had an average holding of 1.2% of the world’s publicly listed companies at the end of 2012, invests abroad to avoid stoking domestic inflation.” Read that again. The 5 million people in Norway make up just 0.07% of the Earth’s population, yet own 1.2% of the publicly listed companies. The oil and gas money doesn’t just belong to this generation; it belongs to the Norwegian people across the generations. Just 4% of the fund is released to the government for immediate spending.

Compare this to what the British did with their share of the North Sea’s oil and gas. There is no British Permanent Fund. Mrs. Thatcher and her successors used the money to fund their government budgets, privatized British Petroleum, and effectively handed over the birthright of every Briton to the oil companies.

And this is just oil and natural gas. America possesses other natural resources that we all own by virtue of the fact that we were born American citizens or were naturalized as such. There is coal, there is gold, there are geothermal resources, fisheries, the airwaves on which we broadcast TV and radio. They belong to us all, yet our government hands our property over to special interests at rock-bottom prices.

Norway’s sovereign wealth fund isn’t a silver-bullet solution to its financial issues. Indeed, there is now talk that perhaps it has grown too large to be effective. On the other hand, shouldn’t Americans get a decent price for what they own and shouldn’t future generations of Americans get a country at least as wealthy as the one we inherited? A sovereign wealth fund for America is an idea that is overdue. 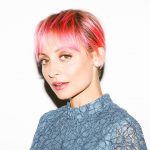 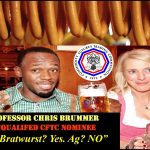