Set on the Arizona and Mexico border, “Frontera” puts a human face on the issue of poverty-stricken Mexicans desperate to live in the United States.

Eva Longoria, stripped of her glamour, plays Paulina, the pregnant wife of a hard-working Mexican farmer. Her devoted husband Miguel (Michael Peña) sets off on the treacherous journey to cross the border. Against his better judgment, he allows his good-for-nothing cousin Jose (Michael Ray Escamilla) to tag along. With only a knapsack and one bottle of water each, they trudge for miles under the sweltering sun.

Back home, days have gone by, and Paulina hasn’t heard from Miguel. Anguished, she approaches Ramon (Julio Cedillo, of TV’s “The Bridge”). He is the head coyote — a man who takes groups of Mexicans across the border in exchange for cash. The movie takes even darker turns into the horrors of human trafficking.

Writer-director-actor Michael Berry assembled an expert cast, and the powerful film works as both thriller and high drama. Even though I’ve already attended a press screening, I know I’ll go see it again with my husband Steve because he’ll love it.

Having been a fan of Harris since the beginning of time, and a fan of Peña ever since he starred in “Cesar Chavez,” I was happy to screen the film. But I can’t say that I thought much of Longoria. I mean, yeah, she’s beautiful, but I had no idea she had real acting chops. Frankly, I’ve always thought of TV shows like “Desperate Housewives” as silly ca ca. And the only other association I had with her name was the tabloids’ field days over her now ex-husband, San Antonio Spurs Tony Parker, cheating on her.

I had no idea what a smart and accomplished woman she is and that she uses her celebrity to make a difference in the world. I love that.

In addition to producing the Lifetime series “Devious Maids,” about four Latina maids, she has also produced two documentaries about migrant farmworkers. “Food Chains” is about the abuse and exploitation of farm workers in the U.S., which premiered at the 2014 Berlin Film Festival and screened at this year’s Tribeca Film Festival. It’s expected to hit theaters in November. Longoria’s previous documentary “The Harvest” focuses on child farm workers.

A political activist for Hispanic issues, women’s issues and more, she is also a philanthropist through her Eva Longoria Foundation. In addition, Forbes acknowledges her as a successful businesswoman who owns two restaurants and the UnbeliEVAble Entertainment production company.

The actress grew up in Corpus Christi, Texas and told My San Antonio in 2010, “Even though I am ninth-generation American, I’m as American as apple pie but as Mexican as an enchilada.” Playing Paulina in “Frontera” gave Longoria her first Spanish-speaking role.

Interestingly, the famous Longoria had to fight for this role. “I’ll be honest, I never even considered her for the part but I got a phone call saying she was interested. I was like, ‘Eva Longoria? She does that ‘Housewives’ show and goosey glamour stuff. That sounds like a terrible idea,'” director Berry told the Los Angeles Times last month.

But Longoria was passionate to be part of the project and convinced Berry she was the actress to play Paulina. Berry admitted, “Once we were doing this I was like, ‘Oh, my God, she’s pulling it off.’”

And pull it off she did.

One of the biggest strengths of this film is its ability to show the complex situation of immigration through the eyes of characters from both sides. It’s a potent, timely and engaging film. Go see it.

“Frontera” is currently available on iTunes and On Demand and opens in theaters on Friday, Sept. 5. Rated PG-13. 103 min. 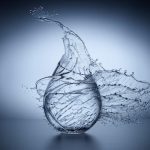 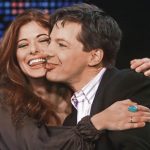