We’re taken on a twisted tale of time travel written and directed by Australian identical twins Michael and Peter Spierig (billed as The Spierig Brothers). It’s based on the 1958 short story, “All You Zombies” by the late Robert A. Heinlein. Thankfully it has nothing to do with zombies; it’s far more creative than that, and kudos to the Spierigs for taking on such a complex, circular, paradoxical puzzle.

There’s a messy business with a bomb (nice opener), and we’re taken to New York City in the 1970s where the two main characters meet in a dive bar. Hawke plays a temporal agent, the central character known only as “The Barkeep,” who is tasked with righting wrongs before they happen. Snook, looking a lot like Leonardo DiCaprio, plays a man who introduces himself as “The Unmarried Mother,” a magazine writer’s pseudonym for a column of confessional stories from a woman’s perspective.

As the story unfolds we learn that The Barkeep has been assigned one final mission: to find and stop a terrorist with the oddly feeble nickname, “The Fizzle Bomber.” Under the umbrella of time travel, the movie spans the years 1945 to 1993, and many truths unfold as we jump back and forth. Perhaps the oddest is that Snook’s character was born a girl called Jane. We’re taken back to 1945 when she was abandoned at an orphanage.

Peter Spierig wrote the atmospheric and fitting soundtrack for “Predestination,” and visual clues keep viewers rooted in the constantly shifting time periods. Director of photography Ben Nott differentiates between decades through color, lighting and design, while costume designer Wendy Cork offers close attention to details. The Seventies are orange and browns, then there’s an optical highlight of stark blue and white contrasts for a sleek retro-look of the 1960s at a NASA Space Corp. training facility. The Eighties and Nineties are represented by neutral monochromes. “The Unmarried Mother” — looking very Emma Stone-ish here — is recruited under the guise of her intelligence, but the truth is it is also for her virginity.

Through smooth-talker Mr. Robertson (Noah Taylor), she is offered an exclusive opportunity and told she was selected based on her smarts in science and math. She participates in a program that trains women. It turns out that the training is a prep for providing misogynistic pleasures to astronauts in space.

We helplessly watch Jane’s sad life. We see her as a naïve young adult who falls hard for a too-good-to-be-true boyfriend. She accidentally becomes pregnant. He disappears. At a medical exam during the pregnancy, doctors discover she has both male and female genitalia. She is operated on and turned into a man without her consent.

Mr. Robertson was not in the original short story, but as Michael Spierig told the press, “He was created as a guide for Jane’s journey into her new world out of her orphanage and into a life of Government Service.” The character is hard to read, which was intentional. “Noah Taylor was the perfect chameleon-like actor to play the role,” Spierig said. “We needed someone who could appear fatherly to Jane, but also project a sense of mystery and authority when it comes to his involvement with the Temporal Bureau. There is something very warm yet at times slightly sinister about the character.”

All the while, Hawke is desperately running around trying to prevent The Fizzle Bomber’s terrorist acts. He dives in and out of time gripping guns, clipboards, locked briefcases and violin cases. It’s a story that ponders if our lives are made up of decisions or if they’re all predestined by fate. The film may not have worked had lesser actors unintentionally camped it up, but Hawke, Snook and Taylor make it entertaining and intriguing right up to the cool twist at the end.

For sci-fi addicts, this may become a cult classic, and for the rest of us, it is quite a captivating ride and a movie worth seeing. Enjoy! 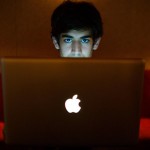 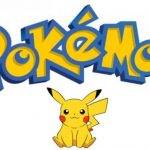