Our digital age is pretty great with our increased productivity and access to information. Emotionally, though, we can shut down a bit due to our lack of human contact, crippling Instagram obsession or overwhelming antisocial behavior.

That being said, we do still have feelings — even if we do hide them behind pop-culture reference, song lyrics or random facts. They still need a way to get out. So if you’re one of the many emotionally constipated Americans, we’ve found your relief.

These television shows and movies are guaranteed to bring the waterworks and provide a little catharsis for your angst, ennui or just downright icky feelings.

If you never felt insecure in high school, then maybe you deserve to be crying. This heartwarming coming-of-age tale is sure to channel the alienation of everyone’s inner geek. Angus Bethune (Charlie Talbert) is big, chubby and smart. Despite being on the football team and a whiz at science, he’s still constantly being bullied by a pre-“Dawson’s Creek” James Van Der Beek. All Angus wants is to go to the dance with that girl from “Jurassic Park” aka Ariana Richards. This movie has a great ’90s alternative soundtrack and amazing performances by Kathy Bates and George C. Scott. Bring tissues and your sense of teenage rebellion and isolation.

This Steven Spielberg classic is a gut-wrenching tale of love, loss and triumph. The saddest part of this amazing film is that neither Speilberg, Whoopi Goldberg nor Oprah Winfrey won an Oscar. Based on the Alice Walker book, this tale of true pathos is a real precursor to “Precious.” Celie (Goldberg) is abused by her father, gives birth to his children and is sold off into marriage. The shining light in her life is her beautiful sister Nettie (Akosua Busia). When Nettie gets sent away, Celie must rebuild her life and find the inner strength to fight back. There are tons of tear-worthy moments, amazing quotable scenes and you get to see Oprah before she remembered her spirit.

One of the saddest parts of our society is the number of unwanted children in foster care and group homes waiting to be adopted. This ABC Family series, penned by Peter Paige and Bradley Bredeweg follows a family of children in a non-traditional family. Teri Polo and Sherri Saum play a lesbian couple who opened up their home and created their own forever family. The show tackles everything from addiction and abuse to growing up gay and navigating the system. Each episode is chock full of things to get you a little weepy, but at its core, the love will keep you coming back for more.

“The Perks of Being a Wallflower”

Based on the Stephen Chbosky book that inspired a generation, this film has been overshadowed by Emma Watson’s questionable American accent. However, it’s rare for the author of a book to pen the screenplay, let alone direct the film. This love letter to Pittsburgh finds sensitive yet socially unaware Charlie (Logan Lerman) recovering from losing his best friend to suicide. Without any friends and chock full of secrets, he tries to navigate high school. He lucks out and finds friends in social outcasts, the slut-shamed Sam (Watson) and picked-on Patrick (Ezra Miller). This year in his life will have you yearning for simpler days and maybe confronting your own inner demons. The emotional immaturity and innocence of days past can definitely bring the boo-hooing.

It’s unclear how this NBC series is connected to the 1989 Steve Martin film, but it is absolutely, positively guaranteed to make you cry. It follows the emotional Braverman family who literally seem to be on the verge of tears in every scene. That being said, their vulnerability and genuine love for each other will make you fall in love with them. If you took “Coach” (Craig T. Nelson), the mom from “Gilmore Girls” (Lauren Graham) and the son from “Six Feet Under” (Peter Krause), you get just a modicum of the TV magic of this series. Whether it’s dealing with your son’s Asperger’s syndrome, the financial woes of the recession or your own crippling insecurity, someone in the Braverman clan is bound to make you feel better by weeping for you. I dare you to watch and not shed a tear.

How many Oscar-worthy actresses does it take to bring the tears? Six: Shirley MacLaine, Sally Field, Olympia Dukakis, Dolly Parton, Daryl Hannah and a not-quite-full-of-herself Julia Roberts. Based on the Robert Harling play, this is a slice-of-life of Southern women. Based around Truvy’s (Parton) Beauty Spot, these women get together to gossip, share and struggle through some pretty major tragedies. The film is light and funny, but certainly packs an emotional wallop at the end. You should see this movie regardless of how you feel about Ms. Roberts because this was before she became obnoxious.

It’s official, Shonda Rhimes is a witch. All of her successful series have some sort of magic, tough. “Scandal” will always scandalize, and “How to Get Away With Murder” will have you tweeting “WTF.” But “Grey’s Anatomy” has always brought a major emotional wrecking ball. Sure, on the surface, the ABC show is a soap about sex-obsessed doctors, but it also goes pretty deep into the emotional subconscious. Meredith Grey (Ellen Pompeo) is an emotionally repressed, borderline alcoholic who sleeps with the wrong men and fights to please her critical mother … who has Alzheimer’s. And that’s just the first episode! The show quickly expanded into a world full of medical mysteries and natural disasters that test these doctors and, quite possibly, your emotional strength.

It may seem cliche, but good luck not letting a few tears out to this classic. Bette Midler and Barbara Hershey play best friends separated but not forgotten. Told through letters and some pretty major conflicts, this film shows the bonds of friendship and the sacrifices we make for the people we love. Plus, aren’t you curious to know how exactly you can be the wind beneath someone’s wings?

This movie has everything: Whoopi Goldberg at the height of her hilarity, Demi Moore at her most glassy-eyed, Patrick Swayze looking fit and a pre-“Scandal” Tony Goldwyn. The film brings you more than just a gut-wrenching love story; there’s plenty of hilarious moments and, dare I say, action. It’s the good old days when movies were more than just blockbusters and explosions. Sam (Swayze) gets murdered, leaving his lady love in danger from the people who killed him. If you’re lonely or lovelorn, let it out with Whoopi.

Did you know the foul-mouthed girl on the HBO hit “Veep” was a child actress? Anna Chlumsky plays Vada Sultenfuss, a precocious girl being raised in a funeral home in this 1991 film. Having lost her mother at a young age, Vada is without a female role model or many friends. She befriends sensitive geek Thomas Sennet, a pre-whatever he is now Macaulay Culkin. This retro film will make you yearn for a simple childhood in the 1970s. It also offers a heartfelt story of relationships with a pretty major loss that will leave you all cried out.

I dare you to watch one of these and not cry. What movies do you watch when you need to cry? Share some in the comments below. 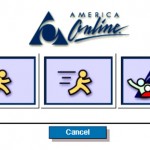 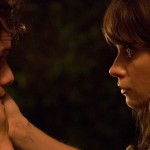