America voted Tuesday in mid-term elections that were largely a foregone conclusion. The Republicans gained seats in the House of Representatives to strengthen their majority. At the same time, they picked up at least seven Senate seats, giving them control of the upper chamber. The GOP has said this will break the gridlock in Washington, and the Democrats are trying to figure out how they lost (hint: bad campaigning, weak ground game, failure to use the President effectively and having to defend too many seats). What no one seems to realize is that we have just put into place the Ford Administration 2.0. Get used to government by veto.

The “long national nightmare” of Watergate and scars from Vietnam resulted in a huge tidal wave of Democratic victories in the 1974 mid-terms. In the House that year, the Democrats picked up 49 seats, giving them a 2/3 majority there (291 to 144). In the Senate, they gained three seats for a total of 60 against the Republicans 38 (plus one Conservative from New York who caucused with the GOP, and an independent named Harry Byrd from Virginia, who caucused with the Democrats).

After Tuesday’s election, the next Congress will be controlled by the GOP, but not quite to the extent that the Democrats did in 1974. The Congress that convenes in January will have 244 Republican members of the House and 179 Democrats. The GOP will have 52 Senators, the Democrats will have 43, there will be two independents (who have been caucusing with the Dems), and three seats have yet to be decided yet.

So, what happened when Jerry Ford was president facing this kind of opposition from the Democrats? Well to understand that, you have to understand the rules by which the game is played. The U.S. Constitution makes it almost impossible to pass laws unless you have substantial majorities in both chambers consisting of political allies of the president. For a bill to become law, it must be successfully voted on no fewer than seven times at a minimum.

Consider a highway bill as an example. It has to pass the House Transportation Committee, then the full House, the Transportation committee in the Senate and the full Senate. Then, unless those bills are identical down to the punctuation (they never are), there is a conference committee made up of members from both chambers that hammer out the differences. The conference committee must then vote in favor of the compromise. Then, the compromise bill must pass both the House and the Senate.

And let’s remember that the U.S. Senate has a filibuster rule that the Republicans have used incessantly — 60 votes are needed to end debate on most bills. They won’t have 60 votes in January, so the Democrats can do exactly as the GOP has done, hold up everything.

Still, if a bill passes out of both chambers, it goes to the president. He can either sign it into law or veto it. If he chooses to veto the bill, both the House and the Senate must secure a 2/3 majority vote to override that veto for the bill to become law over the president’s objections.

The GOP is aching to pass rightwing legislation to prove to its base that they are good reactionaries. Expect a lot of bills doing a great many things that the right loves: repealing Obamacare, “securing the border,” curtailing abortion rights.

While Bill Clinton managed to work with the Republican majorities he faced (largely because he, his wife and the rest of the Democratic Leadership Council are Rockefeller-style Republicans who are in the wrong party), the GOP leaders have made it clear over the last few years that they have no desire to work with President Obama at all. Their idea of compromise, as one of them put it, is for the Democrats to do what the Republicans want.

President Obama has no next campaign. He is done in two years and two months. He will not have any more earth-shattering programs to offer, but instead, he will be defending what he has accomplished. What the Congress passes, he will veto.

When Gerald Ford was president, he vetoed no fewer than 66 bills between Aug. 9, 1974 and Jan. 20, 1977. That’s a rate slightly faster than one every two weeks. Despite overwhelming majorities in both chambers, Congress managed to override just 12 of those vetoes — about 18 percent. President Obama will likely do the same thing with at least as much success. The trench warfare will continue.

And one further thought:

In 2016, not only will there be a presidential election, but 34 Senate seats will be contested. The Democrats will be defending just 10 of these while the GOP will be defending 24. Given the greater turnout at presidential elections, that disparity in the Senate races, and the fact that for the next two years, the gridlock is going to continue, I can see a Democratic President with a Democratic Senate (even a 60-seat majority there) on Inauguration Day 2017. The House will remain gerrymandered to suit the Republicans, so the game continues. 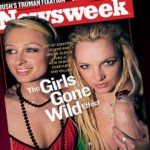 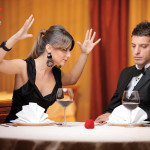