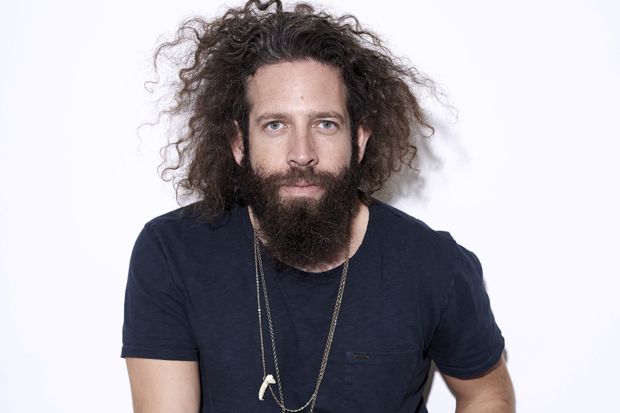 On Thanksgiving Day, Elan Gale, a reality TV show producer, boarded a flight from Los Angeles to Phoenix. The flight was delayed, prompting some of the passengers to complain. Flying on a holiday is frustrating, and seemingly insensitive passengers — who feel like their time and their travel plans are more important than everyone else’s — make the experience even worse. So it makes sense that Elan Gale, frustrated by one particular woman’s frustrations, the woman in 7A, composed and sent the following tweet: “Our flight is delayed. A woman on here is very upset because she has Thanksgiving plans. She is the only one obviously. Praying for her.”

This tweet was well-received (it now has 1,144 retweets and 1,937 favorites and counting) and Gale continued to tweet each of the woman’s complaints, seemingly in real time — seven tweets in just 35 minutes! His Twitter followers rewarded him with LOLs and favorites and encouraging words. “What a nightmare!” one follower chimed in, while another asked, “She is really saying all that? Hahaha! Some people I swear!”

Gale’s tweets about the woman in 7A have been retweeted and BuzzFeeded and Facebooked for days now, much as Kyle Ayers’s live tweeting of a couple’s public breakup on a Brooklyn rooftop two weeks ago captured Twitter’s (and then the rest of the Internet’s) fickle heart. Some of us might question the ethics of broadcasting the private conversation of two distressed people without their consent, but at the very least Ayers could rely on the kind of logic used by the paparazzi — that people who choose to become public figures, whether by deciding to end a relationship in front of a stranger (who was frantically watching and typing on his phone) or by complaining loudly for all her fellow passengers to hear, forfeit their right to privacy. Why shouldn’t Gale share this rude but humorous experience with others? Like any good reality TV producer, Gale is capturing a piece of reality and then repackaging it for us, his audience in the Twitterverse.

As the woman in 7A loudly and selfishly complained about her ruined travel plans, Gale’s tweets continued, and so did the OMGs. How could this woman be so delusional, so unaware of how she was appearing to others? The woman in 7A was like so many reality show participants: a selfish narcissist incapable of seeing how her words and actions were impacting those around her. After all, if the woman in 7A didn’t want to be on Gale’s reality show, she shouldn’t have gotten on a plane with him and then been such an annoying bitch, right? The woman in 7A made a choice.

The best thing about Gale’s tweets was that the woman in 7A didn’t even know that legions of Twitter users were on #TeamElan and that no one was on #TeamBitchin7A. You see, the woman in 7A doesn’t have a Twitter account, which means she just doesn’t know what an awful bitch she is.

But luckily, at 12:29 a.m., Gale decided he was going to let her know. Reality TV show producers know how to make reality, even the most banal reality, worth watching. What this story needed was an antagonist. Enter Elan Gale.

Surely this affront will cause some kind of interaction, at least something that can be photographed and shared? But then, nothing. If it can’t be photographed or tweeted, is it happening at all? Is any of it real? Or has Gale been making up these tweets all along? If only the woman in 7A would give him something he could use.

Not to worry. After producing shows like “The Bachelor,” “The Bachelorette,” and “Bachelor Pad,” Gale knows that the best way to get a story going is to get the cast members drunk. At 1:12 p.m. he writes, “Oh my God I did it I walked as if I was going to the bathroom and I leaned over and put [2 bottles of vodka] on her tray table and walked away Oh my God.” Now Gale is high on the adrenaline rush of this amazing, real-life story in which he is playing a part. “I’m not going to lie I am shaking this is so terrifying she is so angry at me it’s kind of incredible” he types and gets 744 favorites and 331 retweets.

It takes the woman in 7A approximately 13 minutes to respond to Gale’s second provocation, and this time she bites. Evidence, easily photographed, that the woman in 7A is real, real as these tweets and this story being told by Gale, a professional reality TV show producer. And the best part? The woman in 7A signs her name in her note: “Dear ‘Elan,’ The wine wasn’t funny. The vodka wasn’t funny. You’re an awful person with no compassion. I’m sorry for your family that they should have to deal with you. –Diane” It is now painfully clear to everyone on Twitter that the woman in 7A, this so-called Diane from 7A, is a humorless hag. But how will she ever know this if no one tells her?

Elan Gale (the real Elan Gale, not the Elan Gale who is playing the role of Elan Gale in the story being tweeted by Elan Gale) settles in. He’s the carnival barker and more and more folks are shuffling into his tent. Because at 11 a.m. on Thanksgiving Day in the United States of America, this stream of tweets, a funny story unfolding live, right now, from an airplane, is a welcome diversion from dealing with (choose one) annoying/clingy/drunk/bullying/absent family members or waiting for one’s own delayed plane to take off. One Gale fan tweeted, “If you’re in the bathroom hiding from your family, @theyearofelan’s timeline is gold right now.” It was.

At 2:41 p.m. Gale tweets a snapshot of Diane in 7A’s actual seat number, a tantalizing moment of the almost-reveal. He won’t dare photograph her face, but the photo itself, the mere fact of its existence, ups the ante. The number of his followers climb (from 30,000 to 150,000 and counting). This is going incredibly well for the real Elan Gale. After Diane writes one more reply, including this line, “You’re an awful person with no compassion,” Gale writes one final note. OMG.

But wait, there’s more! After the plane lands in Phoenix, Gale waits around for Diane in 7A (that bitch) to exit the plane. He has another note for her. And then — in an incredible stroke of good luck for Elan Gale (the real one, not the one in the story) — Diane in 7A slaps him right in the face! OMG! LOL! The gate agent has to restrain Diane in 7A and asks him if they should call the police. But Gale isn’t selfish or petty. He’s not going to press charges.

Selfish loudmouths like Diane in 7A think Thanksgiving is just about them and their needs. But Gale stood up to that monster, that Diane in 7A, and he put her in her place. He told her to eat his dick, two times (in writing). Now sure, a recent post from a woman “claiming” to be Diane in 7A’s cousin offered up a plausible explanation for this awful woman’s behavior. She claims Diane has “stage IV small cell lung cancer” and was anxious to get to her family, as this would likely be her “last Thanksgiving.” But that’s probably just a story fabricated by some attention-hungry troll.

And even if it is true, even if Diane in 7A did actually miss the last Thanksgiving she would share with her family, and even if Gale did “laugh in her face” when he heard she’d missed her connection to Denver, does it really matter? I mean, this woman is the worst. Screw her.

In spite of his seven hours of fierce Twitter celebrity, Gale remains humble, grateful even: “Let me just say this: What started off as an annoyance became a pleasure because of you people. Seriously. More than anything. I love you.” His humility, in the face of the annoyance that was Diane in 7A, that horrible delusional woman who believed that her desire to be with her family mattered more than anyone else’s (or at least, that’s what I learned by reading Gale’s tweets about her), makes me tear up just a little. To be humble and grateful to us, the audience to whom he’s given so much pleasure? Well, Elan Gale, I think we know where the true spirit of Thanksgiving can be found. 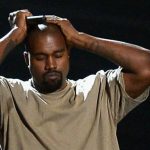 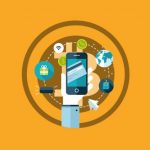