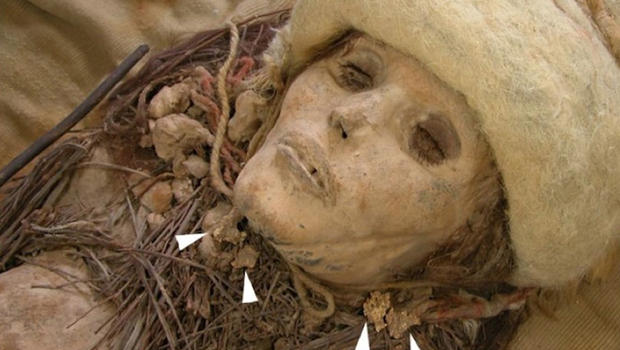 Egypt’s Health Ministry declared this morning that more than 525 people have been killed in violence related to political conflicts in Egypt. The military has turned its attention against protesters, violently removing them from encampments across the city of Cairo.

Here is a rundown of what is going on in Egypt and why it matters:

Back in 2011 during what has been dubbed the Arab Spring, Egypt overthrew its long-term President, Hosni Mubarak, to try its hand at democracy.  At the time, Mubarak had been in power for almost three decades. Corruption under Mubarak, who was seen as a dictator, was widespread. Mubarak was able to amass a vast fortune for himself, as well as his family, that many speculate puts him among the world’s wealthiest men. An Egyptian court sentenced him to life in prison in 2012 for his actions during the Arab Spring. He has suffered serious health setbacks during his time in prison. Mixed reports indicate he may be in a coma.

From the New York Times, “Middle East historians and analysts say that the political and economic stagnation under decades of autocratic rule that led to the uprisings also left Arab countries ill equipped to build new governments and civil society.”

When Egypt held its first democratic elections back in 2011, a group called The Muslim Brotherhood – outlawed during Mubarak’s regime – rose to power. The Muslim Brotherhood is seen as an Islamic fundamentalist group in favor of a strict interpretation of Sharia law. According to its English website, Sharia is “the basis for controlling the affairs of state and society”. The Muslim Brotherhood created a political party called the Freedom and Justice Party (FJP) in Egypt. Mohammed Morsi served as their presidential candidate and the FJP Chairman.

In the 2011 elections, more than 60 percent of Egypt’s population are estimated to have voted, and the FJP, more or less, cleaned up.  It won 235 of 498 available seats in Parliament. More importantly, it also won control of Egypt’s executive branch. Morsi came to power, winning about 52 percent of the votes.

Many would have seen the election of a President from a religious fundamentalist party as a significant step backward for a fledgling democracy; one that could put the country dangerously close to a civil war.

However to be fair, the only other strong candidate in the presidential field was Mubarak’s old prime minister. It is very possible that Egyptians found themselves choosing between the lesser of two evils. One candidate represented a return to the old regime under Mubarak. The other, Morsi, represented a new way forward for Egypt under Islamic law.

This is a good time to jump off and explain the role of the United States in all of this. Many Egyptians see Mubarak’s 30-years in office as having been supported by the U.S. While abuses of power during Mubarak’s reign were widely reported, Mubarak’s regime provided stability and served as an ally in a part of the world where both were badly needed to support U.S. interests. The United States spent a lot of money keeping Mubarak in power, and it continues to provide a lot of money – 1.5 billion annually – in aid to ensure the relationship with the country stays in tact.

In a short amount of time, Morsi was doing a lot of the same things as his predecessor Mubarak.

In a short amount of time, Morsi was doing a lot of the same things as his predecessor Mubarak. In some ways, he was actually much worse. Highlights from his one year in office include: granting himself unlimited powers and declaring his freedom to govern immune to judicial oversight.

Read more: Want to avoid being screwed over by a lawyer? Read these top 5 signs

The military soon got tired of Morsi’s shenanigans and removed him from power.

For its part, the U.S. has refused to call Morsi’s removal a coup. Doing so would mean a suspension of aid to the country under U.S. law.

The military has long enjoyed a good reputation in Egypt. It removed Mubarak from power in 2011. Many credited it with providing stability in Egypt and saw it as stemming what could have been a much bloodier and lengthier revolution.

However, the military has now begun to target Morsi supporters. Protesters, who have taken to the street in support of Morsi, are seen as fundamentalists, and the military has moved with jarring speed, force and violence to remove them.

From the New York Times, “In the days before the raids in Cairo, the sit-ins had become raucous urban villages, with tents equipped with televisions, clinics stocked with drugs, communal kitchens, souvenir shops and bouncy castles for the children.

After the raid, there was little left on the streets but rubble.”

In much the same way as the U.S. found itself involved in conflicts with countries during the Cold War, hoping to prevent the spread of Communism, the U.S. has a heightened interest in the outcome of the political unrest in Egypt. Egypt is largely seen as a leader among other Arab countries. The U.S. does not want to lose its ally in the Middle East. It also does not want Egypt to fall under Islamic rule for fear that the other Middle Eastern countries that overthrew their longtime dictators during the Arab Spring will follow suit.

The New York Times reports, “In Egypt, often considered the trendsetter of the Arab world, the army and security forces, after having toppled the elected Islamist president, have killed hundreds of his supporters, declared a state of emergency and worsened a deep polarization.”

As the situation in Egypt becomes increasingly tenuous, the United States finds itself in a game of increasingly high stakes diplomacy. Some are calling for a suspension of aid. While others have said the only reasonable option is to sit and wait.

For its part, the U.S. has only ‘strongly condemned’ the violence there.