But her emails?  Bloody Fucking Hell.  So screw her emails.  And screw Ivanka’s, and Jared’s, too.  Why?  Because none of those “emails” stories are relevant?  Hell, no.  Because if you want to know just how much amateur hour has been running the United States, look no further than this little ditty about Hack and, well, no easy rhyme there.  But regardless, a Dutch hacker decided to see how how hard it was to get into Donald Trump’s Twitter account.  The answer?  So let’s just say Putin already knew the answer.  The hacker’s 5th try got him in.  Seriously.

maga2020! IS NOT REALLY A SECURE PASSWORD, RIGHT? ANYONE WANT TO STEP UP? HELLO FBI, CIA?

But not only is that not all, it’s a national embarrassment.  No, not Trump’s Twitter rages and outrages.  Rather, that this was more than just a casual hack.  ANYONE could have done this, not just a Dutch hacker pro.  And if this is what Trump thinks of his own pseudo-personal security, what does that mean for the country?  Not only did Trump NOT have a random password with different cases, punctuation and symbols, it was something the toilet twitter raging (and now all the more proven) simpleton could never forget.  The password?  This: maga2020!  And yes, the exclamation mark was a part of it.

IF THIS IS TRUMP’S IDEA OF SECURITY, SHOULD WE JUST HAND THE KEYS OVER TO PUTIN NOW?

So this Dutch hacker or researcher guy, Victor Gevers, did this on a lark.  But I’m absolutely positive that he was one of the most shocked people in the world about this.  There was no 2nd step of security verification.  Nada.  Zip.  Just keep typing in passwords until one works.  And the 5th stupid idea he had was maga2020!  And it worked.  So the “leader of the free world” had maybe the most insecure Twitter account in the world.  And this doesn’t just reflect badly on Trump.  How about the FBI?  Or the CIA?  Or even Twitter itself?  Because this shit actually happened.  And the Dutch hacker, Gevers, has the screen shots to prove it.

Still don’t believe it?  Well, the Secret Service reached out to Gevers to THANK HIM.  And Trump’s Twitter account is now more secure.  Or something. 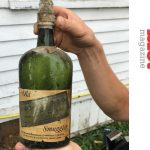 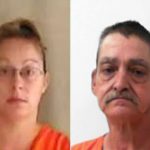