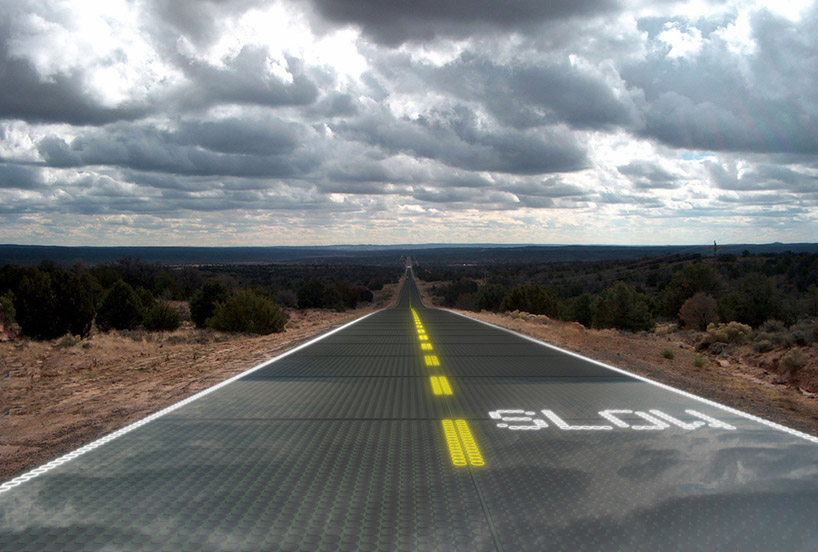 Daan Roosegaarde is a Dutch interactive artist who may wind up changing the way we drive. To say he is creative is to say the Pacific Ocean is a bit damp. For instance, he has developed a dance floor that lights up drawing its power from the dancers’ motions. And he has invented a dress that becomes see-through when the wearer becomes aroused (either I am doing something wrong or these haven’t sold all that well).

His latest is an idea that he has worked out with the civil engineering firm Heijmans and which the Dutch government is trying out on a trial basis. The idea is rather simple, but it is all the more brilliant for it — glow-in-the-dark road markings.

For decades, we have put up streetlights, developed headlights that are ever brighter and put cat’s-eyes on our freeways, all in an effort to improve road safety. Roosegaarde put it this way, “I was completely amazed that we somehow spend billions on the design and R&D of cars but somehow the roads — which actually determine the way our landscape looks — are completely immune to that process.”

He says the idea came to him after looking at jellyfish. They glow. They have no solar panels. Yet, you can see them at night. When I was a kid, my grandfather gave me a watch that glowed in the dark (fortunately for me, the good people at Timex had stopped using radium on their watch faces by then). The technology is old, and if a jellyfish can do it, how high tech could it be?

Roosegaarde told the press some time ago, “The government is shutting down streetlights at night to save money, energy is becoming much more important than we could have imagined 50 years ago. This road is about safety and envisaging a more self-sustainable and more interactive world.”

The result is now visible on the N239 highway in Oss, which is around 60 miles southeast of Amsterdam. Photo-luminising powder has been blended into the paint for the lane markers, and it can give off light for eight hours. It simply absorbs photons during the day and emits them at night. The road lights itself.

There are, of course, obstacles to overcome here. For example, December in the Netherlands is a rather dark time — the sun is up only about 11 hours a day. That means there is less time for the powder to absorb light, and much more time to emit it. Paint that glows for eight hours when you need it to glow for 13 isn’t really ready for universal use.

Naturally, government bureaucrats and politicians will complain about the cost. Britain’s Highways Agency said there were a lot of factors it would look at in the case of luminescent paint: the distance at which they could be seen, daytime visibility, skid issues, and Britain’s lack of winter sun.

In America, prospects for the paint are not bad, but again, there are some hurdles. In the southern tier of states, the winter sun should be just fine, but New England and Alaska may pose challenging in that regard. Moreover, America has hundreds of miles of road that is snow covered for months on end, and if you can’t see the paint, what’s the point? And we have so many miles of road (about 4 million actually) that painting them all with glowing paint would take years.

These are, though, just stumbling blocks. Roads that give their own light are an enhancement of, not a substitute for, current safety technologies. The creativity and inspiration behind it sum up the artist’s mission. So, the next time someone asks you what good are the arts, you can point to the Dutch road that glows. At least until that dress Roosegaarde invented becomes more popular.