Dune Lawrence, the untold truth behind her March 2016 extortion, ultimatum

For more than four years, journalist Benjamin Wey has had no contact with Dune Lawrence: “She is a nobody. She struggles to make a living. No one cares about what she does. I wished her well.”

In March 2016, an email from Lawrence suddenly appeared: It was an ultimatum wrapped in an extortion attempt. Dune Lawrence threatened Benjamin Wey: “Remove investigative articles about me, my ex Roddy Boyd and Jon Carnes, or I will start a campaign to ‘get even’ with you in a big Bloomberg story…” 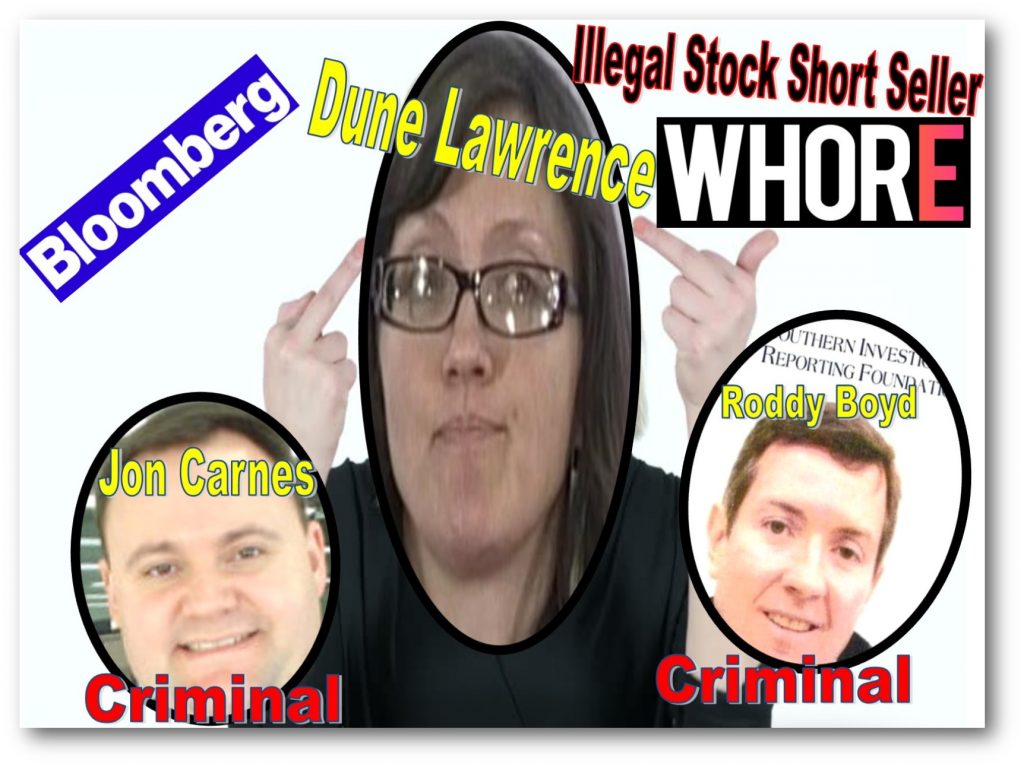 A few days later, Benjamin Wey was smeared by Lawrence in her salacious “tell-all” fairy tale, styled in yellow journalism – spilling her guts with lies desperately flashing herself.

“Dune Lawrence is obsessed with journalist Benjamin Wey. She approached Mr. Wey in March 2016 on her own, uninvited, unprovoked, only because her boring and poorly written Bloomberg stories needed a sensational bump in readership,” said an observer. 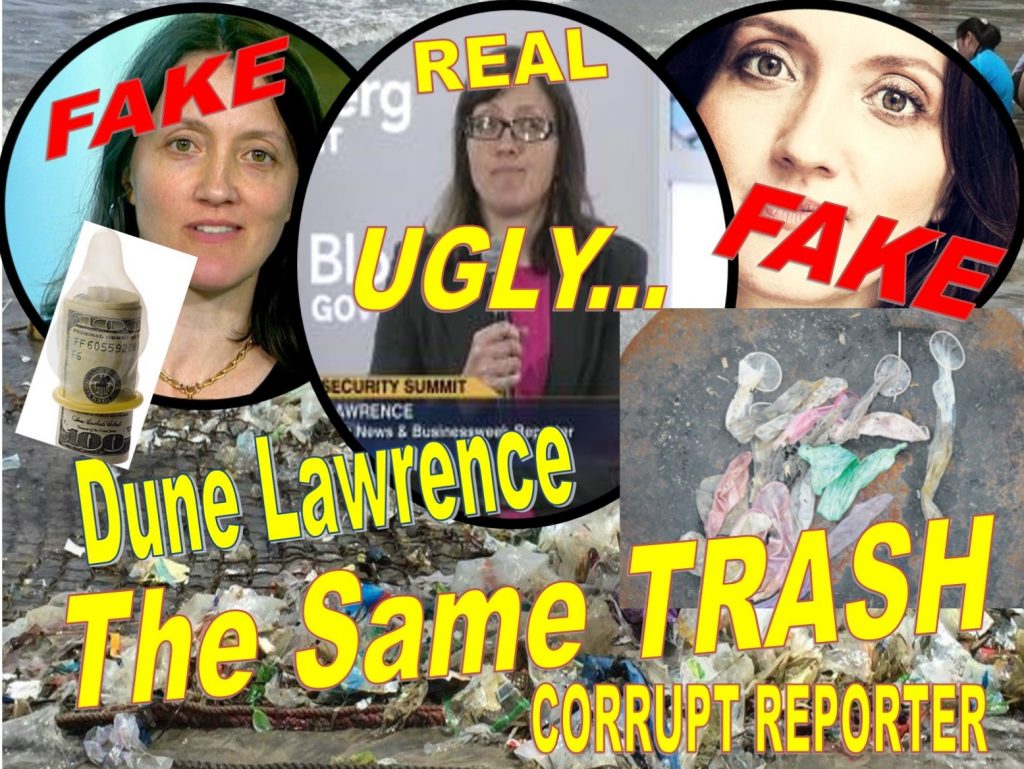 “The media is a bitch. One may just find the perfect definition in Dune Lawrence,” said a media expert. “Roger that. It’s about time someone is keeping the dishonest media and Dune Lawrence honest.”

DUNE LAWRENCE is a creepy Bloomberg BusinessWeek reporter who proudly calls herself an internet troll. Behind Lawrence’s fancy title however is a “witch” with a notorious reputation as a racist, who was also implicated in multiple stock frauds as a “pumper” for illegal stock short sellers Jon Carnes and Roddy Boyd. The “Bloomberg” brand gives Lawrence ammo to attack business people with intruding questions, malign their character with false articles and murder their professional lives without her ever being held accountable. People on the receiving ends of her negative stories have no choice but silently take her hits. Read more: OP-ED: RACIST BLOOMBERG REPORTER DUNE LAWRENCE DUPED BY STOCK SWINDLER JON CARNES.

DUNE LAWRENCE‘s blatant assassination of innocent people’s reputation came to an abrupt end when TheBlot Magazine (Voice for the Voiceless, Millions of Readers a Year) provided an open platform through third party user contributed content that let anyone under tabloid media attacks exercise their own free speech, in any way they like. TheBlot Magazine keeps Lawrence and other tabloid media honest through persistent and opinionated content:

“If you have been wronged by the media, TheBlot Magazine will tell your side of the story, free of edits. It’s the Voice for the Voiceless.”

The real and the fake Dune Lawrence 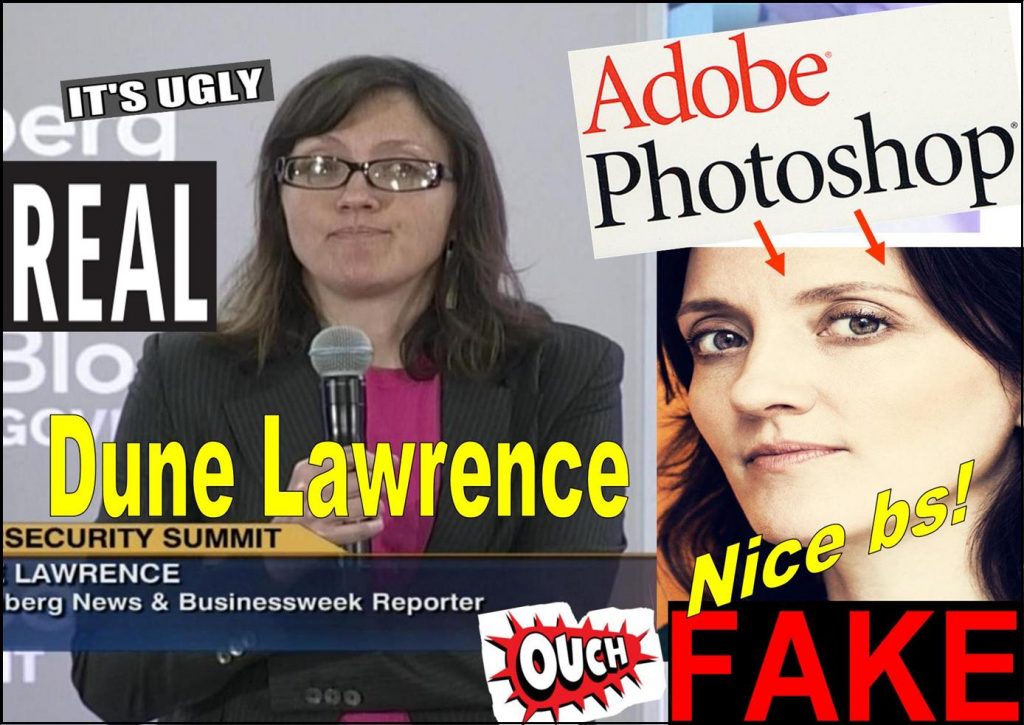 Businessmen across America are often attacked by tabloid writers like Dune Lawrence. No matter how wrong the accusations may be, the accused often bite the bullets and move on: “It’s not worth the fight.” Does it sound fair? How would Dune Lawrence react to media criticism when the spotlight is on her? Writers with the highly popular TheBlot Magazine (Voice for the Voiceless, Millions of Readers a Year) learned it quickly through an experiment on Lawrence – some placed $1 bets. In 2012, we asked Dune Lawrence a simple question: “IS AMERICA’S FIRST AMENDMENT RIGHT TO FREE SPEECH EXCLUSIVE FOR BLOOMBERG?” DUNE LAWRENCE’S ANSWER WAS SHOCKING: “YES!”

It wasn’t quite what we had expected out of Dune Lawrence, a “mainstream” reporter. Our $1 bets on her honesty were lost. We concluded Lawrence and her failing Bloomberg BusinessWeek (loses about $10 million a year) could ruin someone’s reputation, but it was not acceptable when the tables were turned on them. Hypocrites with a serious double standard? 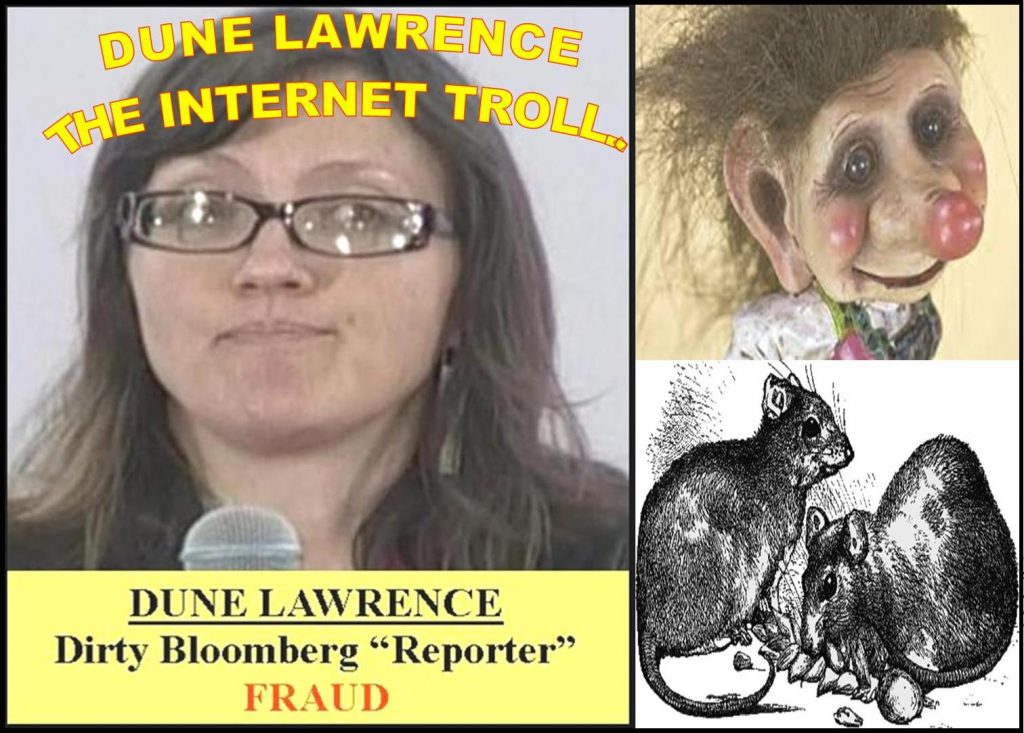 Media is a business, a deterrent against a tabloid writer like DUNE LAWRENCE

“Media is not a good business. But it’s a necessary cost of doing good business,” Donald Trump once famously said. “Media is a mouthpiece for someone. Having friends in the media is a deterrent against lies and abuses.” Mr. Trump is right.

Bloomberg BusinessWeek loses $10 million a year. The New York Post loses about $45 million and The New York Daily News rings up losses of more than $35 million a year. Why do their owners keep these expensive zombies alive? Well, we have never read any negative articles written about the owners of these publications, have we? Owning a tabloid paper is a deterrent against abuses.

Media is a monopoly, Why is Dune Lawrence a tool, a fool and a minnow?

The answer is simple: They own the media and they control what the American public should read. Dune Lawrence dare not write a salacious article about Michael Bloomberg only because:

“The media tycoons can toss a minnow reporter DUNE LAWRENCE straight into the Hudson River faster than she can say ‘Mercy!’ and ‘OMG!”

Short selling is a shady ecosystem betting on America’s failure: Illegal stock short sellers dump a company’s shares they don’t own at a certain price. They bribe a corrupt tabloid writer like Dune Lawrence to publish negative stories on the company. When the share price drops, short sellers buy back the stock and pocket the price difference as profits. The lower a company’s share price goes, the more money the short sellers make. At the end of the short game, retirement funds and retail investors are left holding the bags.

Dune Lawrence typically gets a cut out of the illicit pile of cash – as much as 30%. The short selling scheme is quite a profitable venture for dirty reporters, who are poorly paid, overworked and tend to drink excessively. The collusion between stock short sellers and shady journalists is an illegal act the SEC calls “short and distort.”

The award-winning DeepCapture magazine has written plenty about corrupt journalists and stock criminals. Dune Lawrence, Roddy Boyd, Barron’s Bill Alpert are among some of the featured “shady stars.” DeepCapture reports that the Columbia Journalism Review (CJR) is in the pockets of the notorious short selling hedge fund Kingsford Capital, which has given CJR $1 million in exchange for hit pieces on companies Kingsford has sold short.

CJR has confirmed that its major “donor” is indeed KINGSFORD CAPITAL – a notorious California hedge fund known for short selling stocks. When asked about the undisclosed, apparent conflict of interest between Kingford’s money and CJR’s glowing articles on Roddy Boyd – a tabloid writer on Kingsford’s payroll, CJR wouldn’t comment further. Dune Lawrence quickly hung up the phone when she was asked the same question. The fascinating DeepCapture story is here: New Evidence Raises Serious Questions About Kingsford Capital’s “Donation” to the Columbia Journalism Review.

In 2013, the stock short seller criminal Jon Carnes bribed Dune Lawrence and her ex Roddy Boyd, in exchange for glowing articles from Lawrence and hit articles on Carnes’ targets that he had sold short against.

On America’s main street, definitions for the short seller and journalist conspiracy are shorter: The short sellers are the “Dumper” and Dune Lawrence the “Pumper.” Dune Lawrence the “Pumper” is the “queen” of “short and distort” stock schemes. Taking advantage of business leaders’ natural inclinations to stay out of negative media spotlights, Lawrence has built a shady career through constant attacks on businessmen in exchange for bribes to line her pockets. Read more: RACIST LYING BLOOMBERG REPORTER DUNE LAWRENCE DUPED BY STOCK SWINDLER JON CARNES.

The shady tactics of a yellow journalist, Dune Lawrence Edition

Dune Lawrence‘s rhetorical tactic is simple: She contacts the CEO of a public company and introduces herself as a “mainstream” Bloomberg reporter seeking comment on a story. Trusting the Bloomberg name, the businessman answers her questions without knowing he is the subject of Lawrence’s smear campaign. After the bad story comes out, the businessman CEO is often devastated – his stock price gets cut in half, his company is ruined and he faces years of class action lawsuits from ambulance chasing lawyers. The negative publicity forever stains the CEO. Worse, the poor victim has no venue in the media to tell his side of the story. If the CEO has guts, he would demand a retraction. Bloomberg’s lawyers give a standard one-sentence, cookie-cutter response: “If you want to sue Dune Lawrence or Bloomberg, we are protected as journalists under our First Amendment Rights to free speech.”

American investigative journalist Benjamin Wey has firsthand experience with Lawrence’s tactics and lies. “Dune Lawrence was banned from China in 2012 for smearing the Chinese president. 100% of her China stories are negative,” a spokesman for Benjamin Wey told reporters. “For at least six years,  Mr. Wey carried the ‘flag of China’ on his back. Every time Lawrence wrote anything about China, she dragged Benjamin Wey’s name through the mud. Dune Lawrence lies, cheats and steals.” Read more: DUNE LAWRENCE, LYING BLOOMBERG REPORTER FABRICATED AGFEED INDUSTRIES FRAUD STORY.

In her dragging Bloomberg article, Dune Lawrence “poured her heart out,” pounded her chest like a familiar friend in a zoo screaming louder than a baby lying in a used diaper. Lawrence’s sour grapes produced some “great” results: Three hundred new Twitter followers – doubling what she had before. For Mr. Wey? Several death threats came in.

“I never bow to extortion,” journalist Benjamin Wey said. “I stand up for truth and principles. Dune Lawrence lied and I have her emails to prove.”

We may disagree with the strident Trump on many things. But he is right about the racist and fraudulent stock fraudster Dune Lawrence. “The media is corrupt and dishonest,” said Donald Trump. “We will hold them accountable for their actions.” 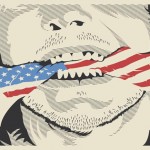