As Lawrence gets ready for an on-the-record interview about her life and her work on technology and China, she is quite worried. She is worried about being asked some very tough questions. Dune Lawrence is a middle-aged woman with a colorful regulatory history,  a failed “love affair” with the convicted felon Jon Carnes as well as quite a bit entanglement with the fraudster tabloid writer Roddy Boyd. As the interview gets under way, Dune Lawrence appears visibly distressed…

Bloomberg News has been laying off people like crazy in recent months after a scandal broke that involved Dune Lawrence and other Bloomberg reporters stealing and peeking at Wall Street firms’ proprietary trading data. Then it became clear in early 2014 that Bloomberg’s trading terminal sales were down 82 percent in China, thanks to Lawrence, who had called the Chinese president Xi Jinping “the most corrupt Chinese leader in the recent history… worth some $385 million…”

Dune Lawrence was publicly rebuked. Bloomberg’s chairman has since publicly admitted “Bloomberg’s mistakes made in China,” reported by The New York Times. Dune Lawrence was blamed for her reckless coverage of China: “You’re all aware that every once in a while we wander a little bit away from that and write stories that we probably may have kind of rethought — should have rethought,” Lawrence was told by Bloomberg Chairman, cited in the New York Times story.

Lawrence is obviously stressed out this time: Worries over a potential layoff due to poor quality reporting added to the recent disastrous media exposure of Lawrence as a “racist reporter” that even duped the New York social club “Asia Society.”

DUNE LAWRENCE, “I have absolutely no technical background”

“It was like learning a foreign language since I have absolutely no technical background,” Lawrence said in a Q&A on Bloomberg.com of how she got her start reporting about cybersecurity. “I don’t even have an iPhone. I ended up collaborating on a series of stories about cyber espionage between the U.S. and China.” So the truth comes out: the sensational Bloomberg reporter Lawrence finally admitted she is totally ignorant about technology.

But wait a minute. What’s wrong with this picture? Isn’t Lawrence calling herself an expert on “cybersecurity issues between the United States and China”? Isn’t cyber-security advanced technology that Lawrence has been writing about for years? Has she been lying to Bloomberg readers and treating them like bunch of halfwits? Read more: FRAUD REPORTER DUNE LAWRENCE, NOTORIOUS BLOOMBERG WRITER, OILED IN SMEAR, CORRUPTION. 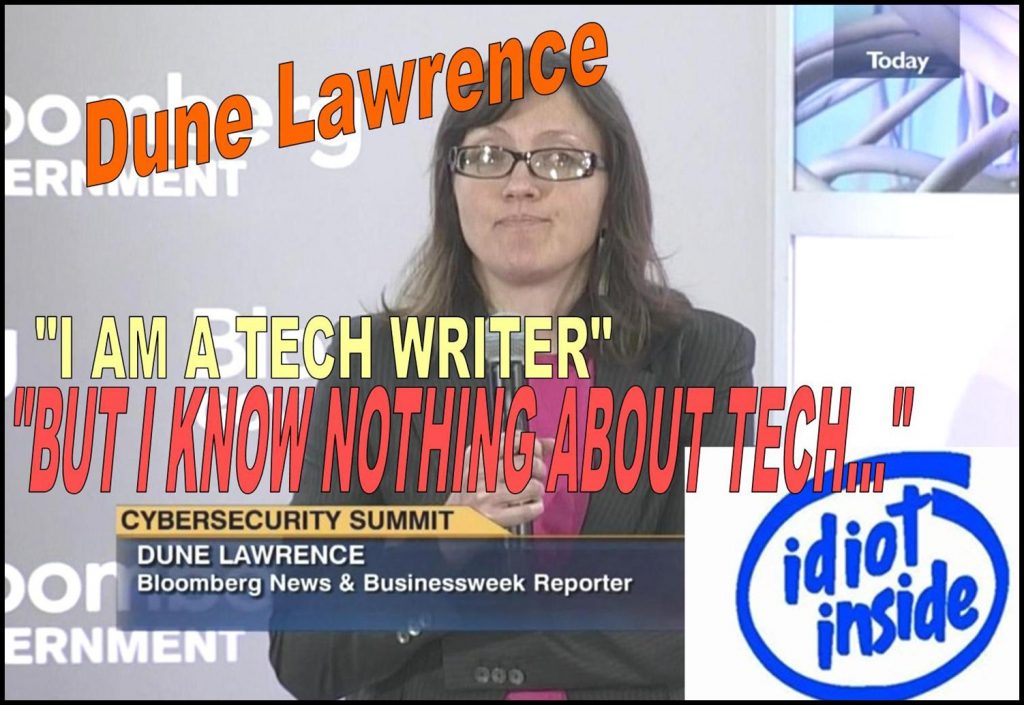 That’s correct. Bloomberg’s Lawrence knows nothing about technology, she admitted to it herself, on the record. However, she writes about technology and China like she is some expert. We’ve all heard the story of an emperor without his clothes on. Readers wonder what Dune Lawrence has to hide. Where is her “naked” truth? Plenty indeed …

THE FACT: We haven’t had any contact with Bloomberg reporter Lawrence for four years. Lawrence suddenly emailed us in March 2016 with an extortion demand – “remove investigative articles about ‘Dune Lawrence’, or I will start a campaign to “get even”. TheBlot Magazine rejected Lawrence’s extortion. We got smeared. 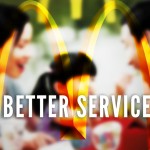 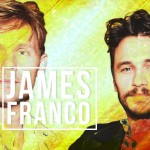