Ok, I haven’t been to Dublin.  I didn’t even know they have a Tram system, nor that it’s name is Luas.  But last week, Dublin straphangers (hello, NY!) were in for one strange ride.  Well, no ride at all, actually.  That’s because they had to find some other way to manage their commute that day.  But why?  Well, someone hacked the city’s tram system and brought the whole thing to a halt.  Then they demanded a ransom of one, singular, 1, one Bitcoin.  That’s pretty damn random, right?  Especially with cryptocurrencies losing crazy value lately.

GREY HAT HACKER DID THEIR VERSION OF ANGRY, PUBLIC SERVICE, FOR THE GREATER GOOD

But that’s exactly what happened.  Someone with hacking skills clearly thought that pretty much everyone in the world should know that the city was really vulnerable to hackers.  So they put on their white hat and went to town with public humiliation.  Well, maybe a gray hat.  This is damn strange.  But hackers are notoriously strange, especially the good ones.  But after everyone got pissed (no, not that kind of pissed) at the inconvenience, you better damn bet that the city of Dublin will fix it.

But I do mean public humiliation.  Anyone visiting the Luas website that morning saw a ransom note from the grey hat hacker.  It went like this: “You are hacked. Some time ago I wrote that you have serious security holes. You didn’t reply. The next time someone talks to you, press the reply button. You must pay one bitcoin in five days. Otherwise I will publish all data and send emails to your users. btc address: 3FsR4CTUmumBJK12Zk8QRwdpPTJEY11aSX.”  So far, Dublin isn’t saying much about this narrative.  It’s hard to when you can’t sit down for a week.  So the hacker made off with a grand total of about $3,900.  One Bitcoin. 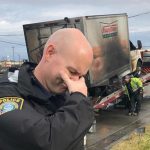 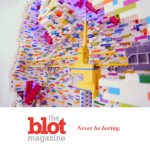