So I don’t know if you’ve ever been on a high speed train in Europe.  But they are pretty much dope.  They are high-quality, comfortable and seriously fast.  It’s a great way to travel.  But evidently the US doesn’t have the monopoly on drunk idiots.  Maybe make that ironic, drunk idiots.  But one German man got drunk, grabbed a fire extinguisher, and demanded that the high-speed train he was on to slow down.  Because he thought it was going too fast!  Seriously, I thought this was Florida.  But we have no high-speed trains in Florida.  Hell, we barely have them here in the US at all.

Read More: Amsterdam Good With Hookers and Weed, Down on Beer and Biz Guys

But this drunk idiot smashed his way into the driver’s cab using a fire extinguisher!  He was on a train from Frankfurt to Paris and essentially freaked out.  He demanded that the driver slow the train down.  I’ve actually been on this very same train and route. But it’s been years.  And there certainly wasn’t anything stupid or crazy like this.  Germany’s Federal Police said that train stopped near Frankfurt on a recent Sunday morning because of the incident.  In Europe, that’s kind of a huge deal.  A late train?  Very unusual.  But the 30-year-old unidentified idiot from Heidelberg now faces a number of charges after his arrest.

But I can’t really imagine the scene as it’s so weird from what I remember.  This guy grabbed a fire extinguisher, smashed his way thru the glass door into the conductor’s cab and demanded the train to slow down.  But why?  Because he was so drunk he thought the train was going way too fast. He wanted to save himself and all the passengers.  Shoot, I don’t even remember the beer being that strong.  So no passengers got hurt. But the train went out of service. 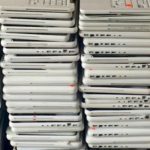 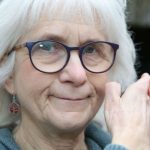