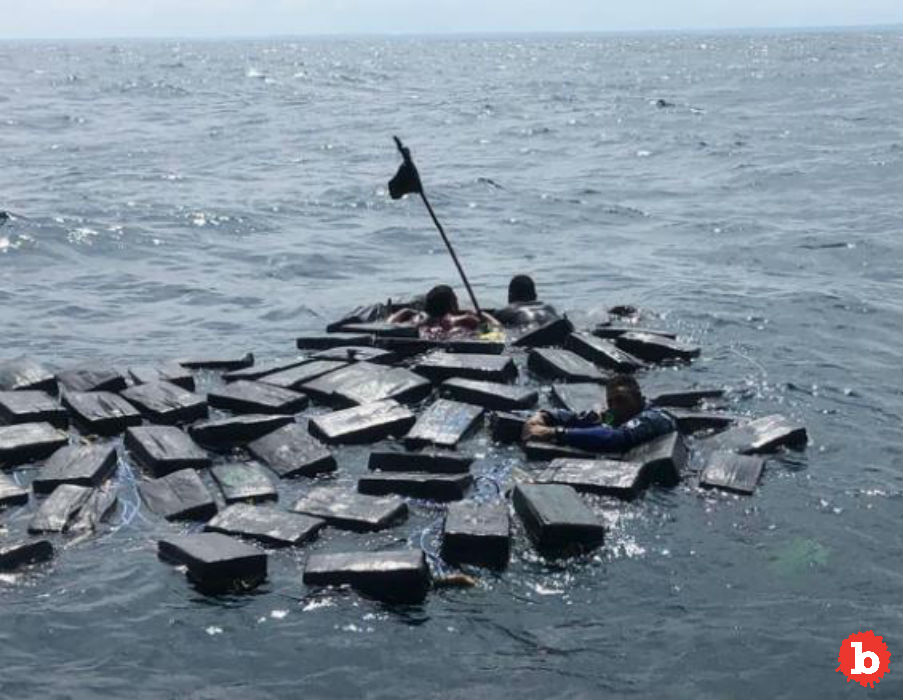 DRUG SMUGGLERS SAVED FROM DROWNING BY FLOATING PACKS OF COCAINE

Well, so much for whatever floats your boat.  There have just been so many cocaine on the ocean stories this year.  I’d say there must be something in the water.  But you get the idea.  A family found a pack of cocaine floating in the waters off South Carolina last week.  The US Coast Guard caught a Narco Sub with tons and tons of cocaine a couple weeks ago!  But now, we’ve got a bunch of likely smugglers who whose boat went down.  And it was the floating packs of cocaine that saved them from drowning.

3 MEN CLUNG DESPERATELY IN CLUMPS OF 1.2 TONS OF FLOATING COCAINE

So how much cocaine are we talking about here?  Well, who knows how much went down with the boat.  But  there was about 1.2 tons of the stuff floating with the forlorn, waterlogged men.  So where did this happen?  Why, off the coast of Columbia, of course.  The three men lost their boat in rough Pacific seas.  And since they clearly weren’t safety conscious, they had no flotation devices to speak of.  Well, except for a whole lot of nose candy.  I guess it’s a good thing they weren’t smuggling gold, or the like.

But it was the Columbian army that found the three floating about 30 miles from the coast of Tumaco.  I can only imagine what the army officers thought.  It’s not often you find three men floating on the ocean so far from shore.  Well, floating on a helluva lot of cocaine, to boot.  But they didn’t hesitate to thrown the men some life preservers.  Well, and collect the cocaine and take the likely smugglers into custody.  The floating three now face charges of both narcotic trafficking and manufacturing of the same.