Dr. Oz is a hypocrite. You may agree this time. Imagine if your doctor was wrong half the time, if she gave advice for which there was no scientific basis or for which there was evidence to the contrary, she’d lose her license. At very least, the malpractice suits would force her to quit medicine.

But if she did it on a TV talk show, like Dr. Mehmet Oz does, she’d be free to indulge in her quackery. That Dr. Oz is full of it much of the time is not just my opinion. A study published in the British Medical Journal proves it.

Read more: Is the government power abusing you? Learn how to fight back

What the researchers did was simple enough. “Investigators randomly selected 40 episodes of each of’ ‘The Dr Oz Show’ and ‘The Doctors’ from early 2013 and identified and evaluated all recommendations made on each program,” they explained in the BMJ report. “A group of experienced evidence reviewers independently searched for, and evaluated as a team, evidence to support 80 randomly selected recommendations from each show.”

You may recall the good doctor got his ass hauled in front of Congress, and Sen. Claire McCaskill (D-Mo.) gave him a tongue-lashing for giving people false hope. She called his segments on TV a “recipe for disaster.”

Last month, a green-coffee bean pill that Dr. Oz heralded as a great weight-loss tool turned out to be bull. Researchers retracted their study despite his claim that the pill would “burn fat fast for anyone who wants to lose weight.”

Some real doctors are not so sure he’s one of them any more. Dr. Eric Rose, who hired Dr. Oz at Columbia in 1986, told The New Yorker in 2013 that “Mehmet is now an entertainer. And he’s great at it. People learn a lot, and it can be meaningful in their lives. … [But] sometimes Mehmet will entertain wacky ideas — particularly if they are wacky and have entertainment value.” Dr. Rose added, “I think if there is any criticism you can apply to some of the stuff he talks about, it is that there is no hierarchy of evidence. There rarely is with the alternatives. They have acquired a market, and that drives so much. At times, I think Mehmet does feed into that.”

The people over at the British Medical Journal relied on the great British tradition of understatement in their conclusions, saying that “Recommendations made on medical talk shows often lack adequate information on specific benefits or the magnitude of the effects of these benefits. Approximately half of the recommendations have either no evidence or are contradicted by the best available evidence. Potential conflicts of interest are rarely addressed. The public should be skeptical about recommendations made on medical talk shows.”

I have reached the age where I have buried too many friends and family to take health lightly. I also understand that medical science is, at best, as much art as it is science. Further, I accept that scientists don’t know everything (and never will). What I can’t accept is a man who, for a paycheck and fame, is telling viewers things about health that are simply wrong as often as they are right.

In a decent country, the medical authorities would reign him in. This being America, it will take a lawsuit. Is there a lawyer in the house? 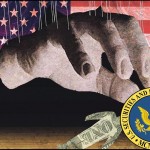