More than two dozen criminal drug suspects — some alleged, other convicted — will have their charges dropped at the request of prosecutors following allegations of misconduct by a federal agent earlier this month, according to court records.

Fourteen of the defendants had already plead guilty to drug charges and were serving prison sentences when the allegations of evidence tampering bubbled up, according to The Washington Post. Those allegations include misconduct involving firearms and narcotics, the Post reported.

Documents state that the agent — which the Post identified as 33-year-old FBI agent Matthew Lowry — took evidence set aside for trial and used it himself. Specifically, Lowry is alleged to have used heroin earmarked for trial. Two months ago, the agent was spotted slumped over in a car outside the Navy Yard in Washington, D.C. Investigators said they found bags of evidence, heroin and firearms in the car.

It is not known what connection the drugs and firearms had to the cases. No charges have been filed against Lowry, but the agent has been suspended from his FBI field office. A lawyer representing the agent said the accusations were “grossly overblown.”

But a federal judge sees things different: Twenty-three drug suspects connected to Lowry have had their indictments or convictions overturned, and others are set to have their charges dropped because of the agent’s conduct.

The overturned convictions and dropped charges prove to be a disastrous setback for a years-old drug investigation that authorities once heralded as “another step toward making our community safer.”

“It’s gut-wrenching,” U.S. Attorney Ronald Machen told the Post in an interview, but he said dismissing the cases was part of the prosecutor’s office to “preserve the integrity of the (judicial) process.”

Machen said investigators went to great lengths and spent a good amount of time and resources busting the defendants, who were said to have participated in a coast-to-coast drug network that spanned several states. Suspects ranged from alleged kingpins to dangerous gang members and run-of-the-mill drug dealers (some of which, at trial, claimed they got into the drug trade to support themselves and their families).

Agents investigating the case bugged dozens of homes and spent thousands of hours listening to recorded phone calls gleamed from surreptitious wiretaps, the Post said. Along with drugs, investigators seized thousands of dollars connected with the crime syndicate.

“It was a very substantial drug case,” defense attorney Robert Jenkins told the Post. A case that will now be completely undone thanks to the alleged misconduct of one federal agent — the full scope of which is leaving many in the legal world guessing. “I can only imagine the scope of the misconduct that occurred that led to something like this,” Jenkins.

Prosecutors are frustrated by the misconduct allegation that now yields to dozens of accused and convicted drug offenders landing back on the streets. But the defendants could not be happier: Following a hearing in which the judge vacated his conviction, one drug defendant sprang from a box normally reserved for jurors, exclaiming, “Let me get out of here before he [the judge] changes his mind.”

“It doesn’t look like they will ever be required to return on these charges,” Jenkins said. 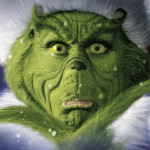 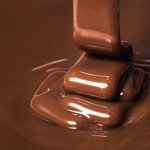